Here you can see how Japan lies to the east of Korea and China. Gunma Prefecture is in the center of the main island of Honshu (the yellow area). 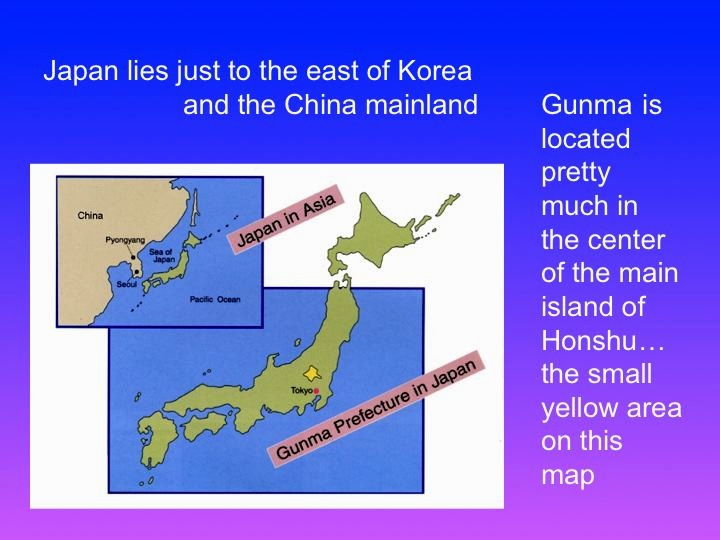 Coming in a bit closer you can see Gunma as it sits within the Kanto area… Tokyo can be seen as the pink metropolitan area so Gunma lies to the northwest of Tokyo, about half way across the island as one travels from Tokyo (the Pacific Ocean side) to Niigata (on the Japan Sea side). 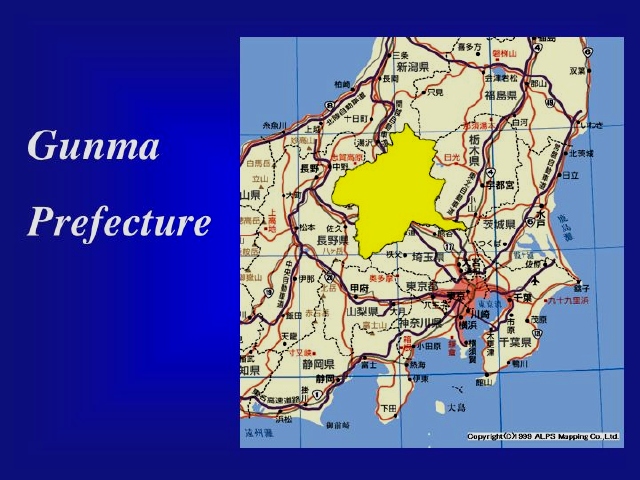 Coming in yet a bit closer you can see a map of only Gunma. This map represents the cities, towns and villages that make up Gunma. 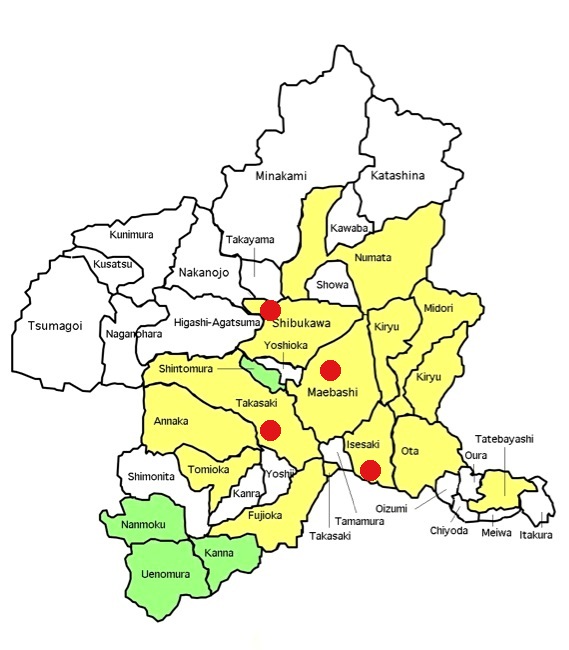 The vast majority of Gunma Prefecture’s 2 million residents live in 12 cities on the flat area which makes up the northwest part of what we call the Kanto plains, a large plain stretching out in all directions from Tokyo bay.  However, the majority of our land area here in Gunma is mountainous and is the home for about 50 towns and villages. In the past few years there has been a great deal of political and geographic consolidating of towns and villages all over Japan. Here in Gunma – as of May, 2009 when the last consolidation of municipalities went into effect – we have become 12 cities, 16 towns and 9 villages. But while the boundaries change and the actual number of municipalities decreases, the reality of about 50 towns and villages throughout the mountains of Gunma remains pretty much the same.

Asking the Lord how we can reach these towns and villages, most of which have no church or Christian presence, with the good news….is the focus of our prayer for Gunma Harvest.