Written and used with permission by one of our missionaries in Asia.

My story begins my freshman year at William Taft High School in Chicago. My family had just immigrated to the United States from South Korea.

My school was truly multicultural and multiracial at that time, for the late 80’s, but we still chose to segregate ourselves: whites with whites, blacks with blacks, Hispanics with Hispanics, Asians with Asians.  Since it was a public high school located in the Norwood Park neighborhood (on the northwest side of Chicago) the neighborhood was predominantly “white.”  But many black students came from the south side and some Hispanics and Asians (mostly Koreans) came from the east side.

So since, most of the white kids lived in the same neighborhood they just walked home; but for the African-Americans, Hispanics and Asian students we all needed to take the same bus to Jefferson Park, a transferring bus station, so to get on another bus to get to our respective homes.

As a Korean who just immigrated to the U.S., I didn’t know much about U.S. history nor did I speak English well.  Many black kids mistakenly thought that my friends and I were Chinese.  They often picked on the Asians, making fun of us.

One day I was coming out of my division and there were some black kids who were tapping my head and pretended that they weren’t doing this.  When they did this 3-4 times, I couldn’t bear it anymore, and I turned around and ended up fighting with these boys. As a result, I got suspended from school for a few days.

Another day as we rode the bus together after school, the other Koreans and I, were sitting in back of the bus as the minority. Then, some black kids began making fun of one of my friends. He stood up and fought these kids, but he was outnumbered and brutally kicked off the bus.  As I watched this, I felt that I could not stand up for him because it was happening so quickly and at the same time, I was afraid that I would get beaten up just like him.  This memory would always remind me of the shame I felt that day because I didn’t stand up for him.

Because of my experience in high school, I didn’t have many, good memories with black people and if I was truly honest with myself, I felt that I had an issue with them.  In 2009 my wife and I decided to leave the Korean churches where we grew up in and instead join a multiethnic church in Logan Square called New Community Covenant Church. Joining the prayer team at this church, I got to know a few black people like Pam and Jermaine closely.  I had such a good time with the prayer team that we became very close friends that year.

But still I was reminded of the hurt from my past especially as I attended the fall 2014 Invitation to Racial Righteous Seminar, provided through the ECC. As I was hearing how black people were and still being mistreated, I was feeling some emotional turmoil inside myself. Because in my mind, we, the Asians were the one who were being mistreated by the blacks and felt that we were the true victims from black students. So, I had many questions like, “In midst of all the hardships that I endured and having had “made it” this far, how could they (the blacks) not be able to “make it”? “Or, what about my friends, Pam and Jermaine?  They’re black and they graduated from the best universities and have good careers.”  “How come we keep hearing that blacks are the victims?” These thoughts would run through my head.  From my experience in high school, black students were usually causing trouble and the ones who didn’t care too much about studying.

As I sought the LORD about this, I started to read some books about this topic and sought to hear their stories.  As I struggled to understand Brown’s death in Ferguson, Missouri and other instances similar to that I started to understand them better. Learning about the 250 years of slavery, and another 150 years of struggle for their rights, along with the deep racial problems occurring in our current criminal justice system and in our culture in general, my heart started to feel their pain. 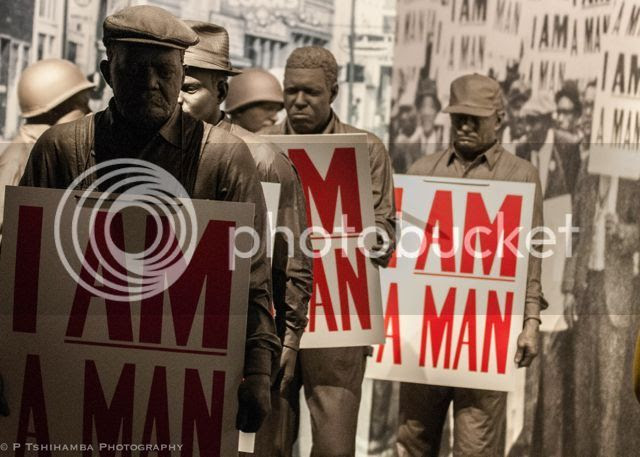 Participating in The Sankofa Journey by the ECC for 4 days last February intensified the pain I felt for black people.  As I traveled with my black partner, Warren, we realized that we had much more in common than differences. Since he grew up in Memphis, Tennessee, he personally experienced much racial problems in the South during the late 70’s and 80’s.  Because of this suffering and pain, God really helped him build good character, and now he values hard work and faith. As an immigrant I can really relate to that. I also found out that he struggles with many things that I also struggle with. For instance, we both struggle with wanting to control our lives and circumstances and we easily get frustrated when things don’t go our way.  As I was hearing his stories, I could better understand the black people’s pain and frustrations.

I was excited to see how other black people were making differences in their neighborhood and in this country like Bryan Stevenson, John Perkins and Debbie Blue and all the people who work with them including some young attorneys who are following God instead of pursuing a “successful” career. I even met some barbers who while cutting their neighbors’ hair, witness about God’s grace and mercy. I was so impressed with these people but I was more impressed with our God who is behind all these people and their works.

Just like Jesus’ parables of the mustard seed and the yeast (Luke 13:18-21), the gospel can seem insignificant or foolish to people in this world but it has the power to transform people from the inside out. In the end, it makes a huge difference in this world.  Another example would be when Daniel interpreted Nebuchadnezzar’s dream of “a rock that was cut out of a mountain, but not by human hands-rock that broke the iron, the bronze, the clay, the silver and the gold to pieces.” The stone represented God’s “kingdom that will never be destroyed, and it will crush all those [human] kingdoms and bring them to an end but it will itself endure forever.” (Daniel 2:44-45)

As I go back to Asia this summer as a Covenant missionary, I am more open to listening once again to those people who are weak, vulnerable, and marginalized in Asia. I’m willing to share our lives together and to become an advocate for these people.

Let God alone be honored with what we do!!!!  Thank you LORD!!