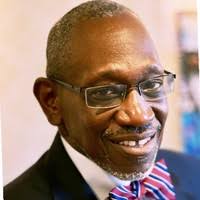 In 1996 I received a call from a good friend about a white evangelical denomination that was developing a new department focusing on issues of justice, specifically around race and class. At the time, I was transitioning out of a teaching position at a white evangelical boarding and day school. I had spent a good part of my life in the white evangelical world becoming increasingly frustrated and wondering, “What is the point?”

One of the things I have experienced in many of the white evangelical communities I’ve been in, is that justice has not been a high priority for how they define mission to the community and beyond. The book Divided by Faith: Evangelical Religion and the Problem of Race in America had been released at about the same time. Christian sociologists Michael O. Emerson and Christian Smith had done extensive research on why black Christians and white Christians had such differing views on the issue of race in America. One of the things they discovered was that white Christians believe that many of the systems that people move through in everyday life are fair and equitable, while black Christians consistently experience unfairness and inequities in those very same systems, with race as a major influencing factor.  What they also discovered was that white Christians were more likely to deny inequities than the wider white community, while there was very little difference in the black Christian community and the broader black community in how they viewed systemic issues. Therefore, I was very intrigued that a white evangelical denomination was going to address this issue head on.

This new justice-centered department would also encourage and equip churches that were already at work in underserved communities. Additionally, it hoped to motivate churches that were not yet engaged to look for ways to serve beyond their four walls via compassion ministries. Funds would be granted through Covenant Ministries of Benevolence to help churches already engaged in the process.  We would also work with churches who wanted to develop approaches to serve in marginalized communities that were collaborative instead of paternalistic. The new department of Compassion, Mercy and Justice would run out of CMB’s outreach ministries arm, headed by a Swedish covenanter Jim Lundeen. I joined the team in 1997, became the director in ’98 and then V.P. of Outreach Ministries in ’99 overseeing Compassion Mercy and Justice (CMJ), the Enabling Residences, the Covenant Children’s Homes and Wellspring, our ministry with victims of domestic violence. In 2003 CMJ became a department of the ECC and is now known as the mission priority, Love Mercy Do Justice (LMDJ).

I have been in the Covenant twenty-one years, working in areas to address issues of justice for the disenfranchised and marginalized. What have been some of the outcomes of that work in the Covenant?  Where have we grown, and where is there still much work to be done? What follows is the opinion of one individual with a particular point of view.

When I joined the Covenant, the denomination was approximately 9-12% congregations of color. The largest group represented were African-American congregations, next Hispanic, and then first generation Korean congregations. We are now more than 25% congregations of color with significant growth in Hispanic congregations, second generation and beyond Pan- Asian congregations, Multi-ethnic congregations, Indigenous congregations and many immigrant congregations. In the highest levels of denominational leadership, we have moved from being overwhelmingly white and male to a mix that is male and female and more reflective of the multicultural mosaic we have become. The Covenant Enabling Residences doubled the homes serving special needs adults. The Children’s homes are still serving at risk youth in different forms. The Princeton home, which ceased providing direct care in 1997, is now providing grants to churches providing services to at-risk youth across the Central Conference and beyond. The Cromwell Connecticut home has changed its business model and name to Adelbrook and is serving children on the autism spectrum across the entire state. North Park Seminary is providing theological training to residents of Statesville Prison in Illinois and will expand that program to prisons across the state. We have moved into areas of social enterprise and affordable housing that are church based. We have had a long history of international disaster relief and are now building stronger networks to better prepare for and respond to domestic disasters. This gives a small snapshot of how the denomination is living out its commitment of being a church that responds to the needs of God’s people.

Yet with all the positive movement, we still have many areas of growth. In our zeal to become more ethnically diverse we are multi-colored, but we still have the very hard work to do to become multi-cultural.  In our life together, whether in organizational structures or in denominational gatherings, we still wrestle with how to make space for everyone. We still carry misconceptions and stereotypes about each other that lead to tensions and uneasy feelings. Living in an age where everyone has to be right, we may be the most polarized we have been as a nation since the Civil War. My hope is that we can be an example to the world of what it means to be people of The Book. People who understand that disagreement is inevitable, but who remain in fellowship as sisters and brothers in Christ as our highest value. As a denomination, we have done the “look around” test, seen the numbers and think we have arrived. There is still much work to be done. We need to ask ourselves, “Do we empathize with our Hispanic families as children are being ripped away from their parents and placed in inhumane detention centers?” It doesn’t matter what your political leanings are, we should be outraged by the poor treatment of people created in the image of God. Do we empathize with our African-American families as their sons and daughters are incarcerated disproportionately, often for addictive behavior, as their white counterparts receive rehabilitation options instead of prison sentences?  Are we outraged when women are treated so poorly in so many ways—from sex trafficking, to unequal pay for equal work? I could go on, but the question we need to ask ourselves is this: do our hearts break for the things that break God’s heart?

In a few days I’ll be retired from fulltime ministry, yet ministry never ends until that day we go to be with the Lord.  My prayer for the ECC is that her people would become passionate about the whole of her ministry, defined by the mission priorities and that LMDJ would permeate them all.