Why God’s Justice Cannot Thrive in a Meritocracy 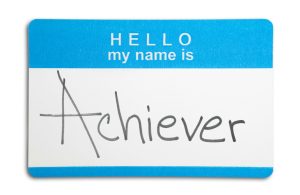 Perhaps you have noticed this pattern transpire whenever an incident of injustice gains national attention. Controversy gains steam nationally through news and social media platforms and two different ‘camps’ of people seem to codify.
In one camp, you have the plight of the person/people who were harmed. From this side, the call for justice rings out toward the established powers who can, potentially, right the wrong.

The other camp is filled by those who would seek to defend the action of the accused aggressor and in most cases, this side attempts to justify the action by saying those harmed deserved the treatment they received. So, they call into question the person’s track record, their actions at the time of incident, the credibility of their family or home life in an attempt to de-legitimize this person’s accusation of, what they would deem, perceived injustice. In other words; They deserved the treatment they got, so they don’t deserve ‘justice.’

A relatively mild example of this is the recent situation with United Airlines and the rush by many to critique the character of the doctor who was violently removed from the plane (as an implicit justification of his treatment), only to find out later those critiques were erroneous from the start. There seems to be an impulse to justify violent expressions of “people getting what they deserve” in ways that are willing to libel the imago dei in defense of injustice.

I submit this trend is but a window into meritocracy at work. We live in a culture, particularly in the U.S., where a person’s worth, dignity, credibility, and opportunity are largely assessed on the basis of merit. Perhaps it is a rather human thing to do; to judge a person’s inherent value based on merit; be it skill, achievement, character traits, or notoriety. But in an American values system which rewards merit both monetarily and with access to power, meritocracy is a dangerous dynamic that often produces the kinds of examples we noted above. Ours is a culture which celebrates a ‘self-made man’; one who can pick themselves up by their bootstraps. To have received aid in your journey of personal advancement is a sign of weakness and so we work hard to demonstrate that we can achieve success on our own because this is the ultimate evidence of a person’s value and worth in a meritocracy. It also ignores the many ways in which a careful reading of history resists the notion of a ‘self-made man’ to begin with. Is there really such a thing?

Sadly, we sometimes fall into this pattern in the church as well. I know examples of folks removed from greeting teams (to say nothing of ‘stage time’) because they did not fit an artificially determined mold of acceptable physical appearance. I wonder if we create, even unintentionally, systems of reward based upon achievement, in many areas of church life, and whether we have power structures in the church filled only with those who have demonstrated perceived success in various ventures outside the church. When we choose our leaders, I wonder if it is easier for us to “see” the inherent value of a CEO, but whether we might require, say, a factory line worker to demonstrate more evidence in support of their value as a shepherd of the flock; and if that dynamic is due to the fact that we are culturally conditioned to think this way.

All of this wars against our ability to be people of God’s shalom and justice. Because, within a meritocratic framework, justice is merely a tool of retribution. In a meritocracy, justice is how we ‘dole out’ consequences to people who have done wrong. Justice becomes the way to give people what they have earned.

But justice is more than that, much more. God’s justice is less about merely punishing wrongdoing, and more about fully setting things right. This always goes beyond mere retribution to include salvation and liberation for oppressed and marginalized peoples. In other words, justice restores God’s intentions, justice is the working out of God’s shalom.

This view of justice runs counter to the meritocracy. In Scripture, when God acts to save, liberate, free and right wrongs; God does so based on a person/people’s need. Consider the plight of Israel in the OT. Throughout Israel’s story, God acts to liberate and redeem his people even though they did not deserve it. While it is true that much of their struggle was rooted in their own corporate sin, at least equal parts of their struggle were caused by oppressive political powers (and those oppressive political powers were not always foreign, sometimes the oppression began at home). God liberates his people either way.

The point I’m making is that the reasons for the people’s oppression were irrelevant from God’s perspective. Theologian Perry Yoder notes that “God’s salvation was an act of grace. It was an act based on need, not merit. This is not to deny that the oppressed may indeed have merit. It is only to say that God’s salvation flows to those in need regardless of merit….salvation/liberation is an expression of shalom justice because it is based on meeting need, not on rewarding according to merit.” I contend that it is this dynamic that makes the pursuit of justice so difficult in our modern day. Meritocracies cannot sustain God’s brand of justice.

In order for us to be more fully God’s faithful people, seeking his shalom and justice, we must resist the power of the meritocracy at work in our lives, in our churches and in our culture. Perhaps this begins with revisiting the essence of the gospel message which reminds us that we have been deemed worthy of love, grace, forgiveness and restoration, even though we were ‘dead in our sin.’ There is no one who merits grace, no not one. Yet, God does not reward us according to what we have earned. Instead, God acts to save and liberate us because of our need, not because we deserve it.

It’s a unique kind of duplicity that can, on the one hand receive UNMERITED favor from God and then demand that the most vulnerable populations of people in our midst MERIT favor from us and others. When we require those who experience systemic injustice, grow up in the midst of generations of poverty and live in communities wracked by violence to demonstrate some artificially created standard of merit or achievement in order to be considered worthy subjects of God’s shalom and justice, we reveal that we have failed to fully integrate the message of God’s good news in Jesus in our lives and life together, in part because we fail to see that we are judging people against a standard to which God does not even hold us.

So, we must carefully examine our impulse to ask people to pick themselves up by their bootstraps. Merit is what society demands and the church ought to embody a critique of the meritocracy we see around us. The church should be a community that puts unmerited favor and justice on display for the world to see. In seeing the church, society would then see a lived-out expression of the God whose justice lavishly saves, liberates, redeems and restores.