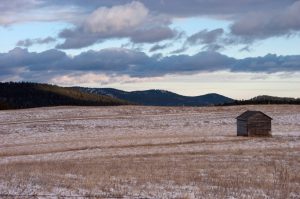 Today, I gave a sermon in my church. I don’t really like to use the word, “sermon,” because it sounds too heavy for what I bring. For one thing, I’m not a pastor and I don’t have to craft a sermon week in and week out to live out my calling. Nobody knows what my Thanksgiving sermon is like because I don’t have one. I’m also uneasy when speaking up front, so I tend to feel like a hobbyist when I’m asked to bring a message. But honestly, I’m finding real delight in working with Jesus to prepare a word and being able to connect with a few folks. Since the lectionary text had Paul at the Areopagus, I shared a bit of my heart about how contextualizing the gospel relates to my ongoing spiritual journey of decolonizing my faith. I might as well add that I also don’t have the gift of vulnerability, but sometimes I surprise myself, like I did today.

I am Oglala Lakota, born on the Pine Ridge Reservation in South Dakota, where my father was born. My mother is Minnecoujou Lakota from the Cheyenne River Reservation also in South Dakota. These reservations are a part of our ancestral homelands where our creation stories live. After my dad earned his teaching degree with his G.I. Bill, we moved off the rez and became part of the 70% of the Native population called urban Indians.

It wasn’t until I was 30 years old that I began to follow Jesus. Acculturation enabled me to accept the Christian religion and all its dualities as truth. For the next 23 years, my faith was kindly and firmly shaped in the context of western Christianity, but I think it was inevitable that one day I would yearn to follow Jesus as a Lakota woman.  I had begun to realize that some Christian ways of thinking did not feel at home in me. For instance, “This world is not our home, we’re just passing through.” I heard this often in Christian teachings and I couldn’t define why it disturbed me. Other ideas I struggled with included kingdom analogies, man as the pinnacle of creation having dominion over all, and why some things can be considered sacred in a western context but not in an indigenous context. What did Jesus want me to understand?

The dichotomies in my faith created a friction in my spirit that led me on a spiritual journey to decolonize my faith and follow Jesus as a Lakota woman. I became a part-time grad student in the North American Institute of Indigenous Theological Studies through Portland Seminary (formerly George Fox Seminary), where I’m still working towards a missional master’s degree. I would have to say that it has been absolutely pivotal for me to understand the fundamental differences in worldviews, particularly between the western-European worldview that immigrated here and the Indigenous worldview. The difference in values relates to our spirituality and theology, and manifests in our relationships with Jesus, each other, and all of creation.  For instance, I came to understand that the sentiment, “This is not our home, we are only passing through,” may represent a worldview that lacks a theology of the land and devalues the sacredness of earth. The indigenous worldview is that we humans have a kinship relationship with earth that lives out of our creation story. We were created as an interdependent part of the “community of creation” with reciprocal responsibilities (author Randy Woodley’s term from Shalom and the Community of Creation).

The Lakota philosophy of life, Mitakuye Oyasin, means that we are all related to each other and to all creation. We call earth Unci Maka, Grandmother Earth, to show a kinship relationship of deep respect. This is why you saw the water protectors give their utmost under brutal conditions at Standing Rock last year. And, actually, this worldview is not strictly limited to indigenous cultures, for Wendell Berry says, “There are no unsacred places; there are only sacred places and desecrated places.

And man’s “dominion”? It seems to me that the Genesis concept of man’s “dominion” over creation has been corrupted into a right to treat the earth as a commodity, a western economic worldview that is unsustainable. To me, that’s broken relationship with creation. From an indigenous perspective, “dominion” in Genesis would be better understood in the context of tending & cultivating the earth garden, and giving the animals their names in the context of a kinship relationship. Mitakuye Oyasin.  Cheryl Bear, in her book First Nations Ministry, quotes Sister Archambault (Hunkpapa Lakota) on the point of worldviews: “There is neither beauty nor justice in a gospel wrapped in European culture. The moment Christianity becomes real for First Nations is when it is incarnated and accepted into their worldview, and not until then.”

Our clash of worldviews has propagated broken relationship all around, and we are in dire need of balance. It’s our responsibility to seek that balance in this world, sometimes through ceremony, sometimes through action, and always in the power of our eternal healer, Creator Jesus. I’m still learning and looking to Jesus, our Shalom, our Reconciler of worldviews.