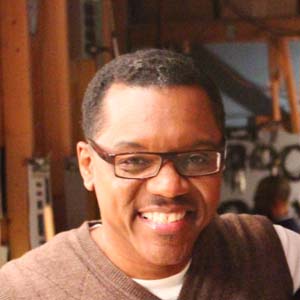 Pastor Tim Smith lost track of how many boys and men he had eulogized and buried – all between the ages of 14 and 26 – almost all from gun violence.

Pastor Tim moved to the Hazelwood neighborhood in 1980 when his father became pastor of what is now Keystone Covenant Church in Pittsburgh, Pennsylvania. Pastor Tim replanted the church in 2000 and Keystone joined the ECC in 2005. Hazelwood, which reached its peak population of 38,000 in the 1960’s, now has a population of 5,000. The closure of its last steel mill in the late 80’s transformed Hazelwood from a community that once had over 200 businesses to one that now has 16. In 2001, Pastor Tim founded Center of Life (COL), a 501c3. COL’s mission is to “provide families and youth with the life skills, training and resources necessary to be strong and to make their communities strong”. Their vision “is to empower and equip families to bring economic revitalization to their communities”. Those who attend Keystone Church are almost all involved with COL and it provides them continuous, significant ministry opportunities.

Center of Life offers many programs including an after-school tutoring and enrichment program for grades K-12 called Fusion. They take a holistic approach that involves families. COL’s Crossover program is both a mentoring initiative and a recreation program. It involves a family meal, life skills and open sports sessions. The COL mentors continue to interact with the kids as they serve the local schools during lunch, passing time and arrival and dismissal. Music is a large part of COL’s programming. They have several jazz ensembles for different ages and skill levels. The Krunk Movement is a youth “micro-enterprise” designed as a production company. Students use Hip-Hop music to learn about performing, writing and producing music. COL also offers summer camps at no cost. In 2016 over 160 children/youth were able to be involved with music camps – 5 days a week for 6 weeks. COL partners with community organizations to provide monthly gatherings for parents in the community for shared learning and support. 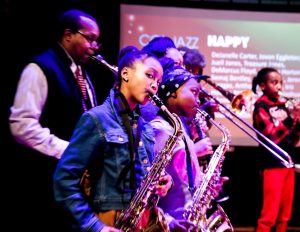 On May 20th COL hosted the grand opening of an on-going exhibit entitled “I Lived, We Live, What Did We Miss?” Pastor Tim and his wife Donna received inspiration for the exhibit when they visited the Holocaust Center of Pittsburgh. Pastor Tim realized that parents didn’t want their murdered sons to be forgotten. He wondered how they could bring dignity and recognition to these lives that had been lost. Carnegie Mellon School of Design, where Pastor Tim is an adjunct professor, agreed to hold a class that would design the Hazelwood exhibit. The class members began talking to mothers who had lost their sons to gun violence in the community and worked together to create the project. The exhibit includes a wall of empty frames to represent the lost potential of the deceased boys. There is also a wall that has pictures of the victims with mementos the families donated to represent the interests and personalities of their sons. There is a TV at the altar of the church that runs interviews of the families of the victims. The exhibit also highlights the history, the present and the heroes of Hazelwood, and most importantly the hopeful future of Hazelwood. The exhibit includes words from the bill of rights, the preamble and the constitution along with news reports about Hazelwood.

Pastor Tim believes the future IS hopeful. After officiating a funeral almost every 4 weeks, he has not had one in almost two years. Of the kids who attend COL programs on a regular basis, the average school attendance is 94%, and the average GPA is 2.8. Kids are going to college. Pastor Tim says that much of the positive changes in the community are due to the community itself. “The people of Hazelwood are great people who have never given up on their children”, says Pastor Tim.

In October of 2016 COL acquired a closed middle school across the street from the church. COL, which is currently operating in 4 locations, will use 50,000 of the 150,000 square foot building. The rest will be rented to anchor tenants. A capital campaign will begin this fall and Pastor Tim is hopeful that they will begin operations there in 3 years’ time. In addition to their current offerings they are hoping to add an Early Childhood Development and a Workforce Development program. 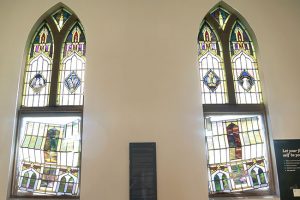