Yep, it’s Josh’s turn to type a little blurb. I am very thankful for my beautiful wonderful wife who is always so deliberate about posting on here but I’ve got to contribute every once in a while.

As a member of the 6 person pastoral council of our denomination here in Ecuador, one of my duties is to travel to one of our six districts every other month for meetings with the national leadership. This past weekend we met in the Kichwa district which is just North of the capital and has the largest number of our Kichwa churches.

In addition to meeting on Saturday, on Sunday all of the pastors / leaders of the national church are assigned to preach in the churches of the district. I had the privilege of visiting a small town by the name of Oyacachi way up in the hills. While it is not uncommon for me to visit remote villages, I had the privilege of having some alone time with the pastor Leopoldo Otacoma. While we were waiting for dinner he shared his fascinating story with me.

When he was just a young man, he always felt a curiosity towards God and spiritual things. He didn’t know much, didn’t have access to a Bible, didn’t go to church and in fact lived in a home where such nonsense was discouraged. One day Leopoldo was at a funeral there in town and overheard a man who happened to be a Jehova’s witness talking to his son and lamenting that the deceased lady would be going to hell because she didn’t know God and didn’t read the Bible. Leopoldo’s curiosity impelled him to get closer and listen and at the end of the conversation he asked the boy (his friend) if there was a way that he could get ahold of a Bible. It turns out that the boy’s dad had Bibles for sale and Leopoldo asked if he could have one and then pay him later. The answer was NO, he had to pay it all off and then would be given the Bible, so Leopoldo over several months made payments and finally got his Bible.

Being a Kichwa man he spoke very little Spanish at the time and had a hard time understanding the Bible but read it passionately every day. In the meantime, he had a friend who had somehow come into possession of a pre-tuned single station HCJB radio and Leopoldo traded a sewing machine for it. HCJB is a Christian radio station and Leopoldo listened to the radio as often as he could to try to gain more and more understanding of the word despite not being able to understand everything because like the Bible, the transmissions were in Spanish.

One day, a missionary who had been working in a village on the other side of the mountain ventured into their town and shared the Gospel with Leopoldo and cleared up many of his doubts. At that time Leopoldo had a group of about 15 people who would regularly gather around the radio to learn about the Lord. The group continued to grow until they were visited by an evangelist/ Pastor named Jaime Lomas who helped them start a church. When the church was formed those who had been gathering around the radio asked Leopoldo to be their pastor. He was about 20 at the time and has been pastor ever since (40 years or so).

At one point in time the whole town had given their lives to the Lord. Today other influences have come into the town and have caused some to turn away but Leopoldo continues to be a pillar in his community and an inspiration to me. 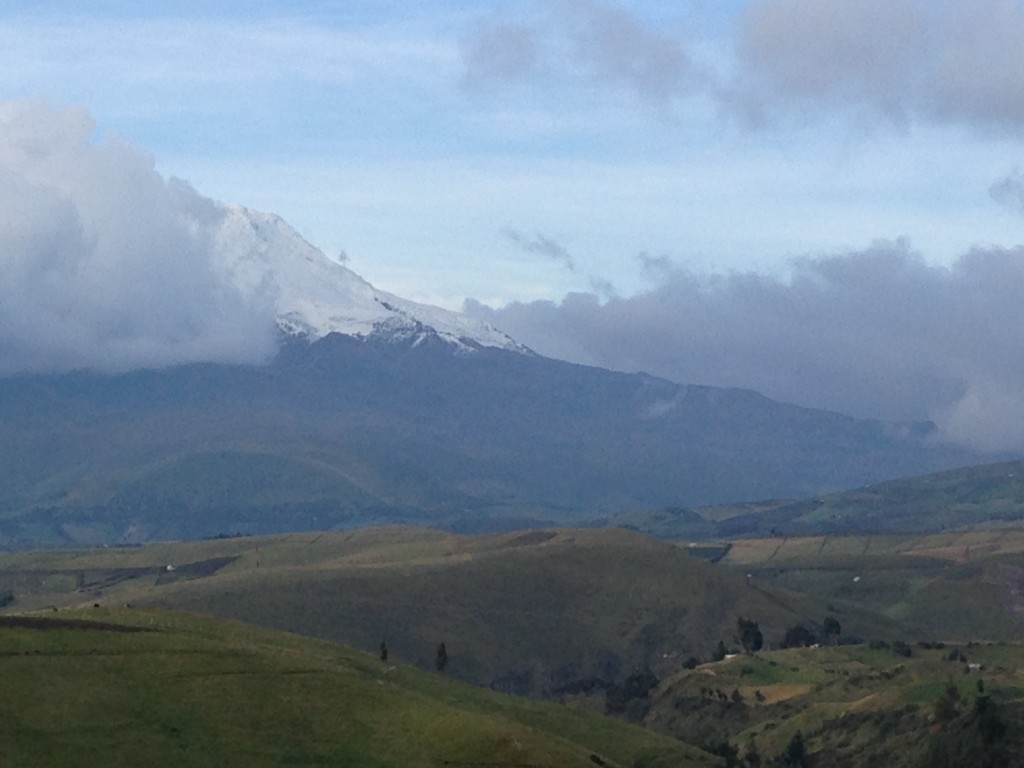 One thought on “Oyacachi”