War is not the only thing terrorizing the people of central Africa.  Disease and malnutrition abound in the villages with a disproportionately higher percentage in the refugee camps. Up until recently they faced only the common diseases of this region; malaria and intestinal parasites, to name a couple.  Typhoid fever had begun to appear over the past couple of years, even before the big conflict in C.A.R. began, but now we have heard of a couple of cases of polio in the refugee camps in Cameroon.  There have been enough recent cases in Cameroon that polio boosters are now required if you travel by air internationally.  Please pray that this does not become an epidemic, that the public health teams can get vaccinations to all who need them, before this becomes a serious issue.  Then there’s ebola; not near us but let’s remember those effected areas in prayer, too! 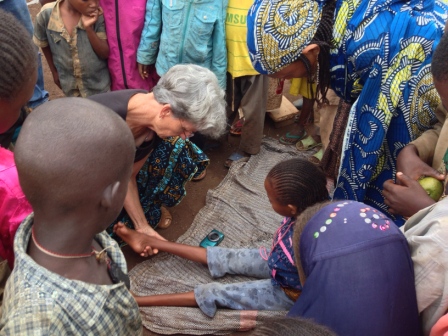