This morning both Julio and I were holding back tears as we watched the morning news. Three brothers (ages 3, 6, 10) in a small coastal town were killed by their mother. This in the wake of the news last week where three other children were brutally murdered in what appeared to be an act of revenge on the family. The country has been in mourning for the loss of these lives and then the news of three more young lives lost too early is brought to our attention today. The vulnerable, those who need most protecting and care, are those who often experience the most violence and abuse. The percentage of children in Colombia who have been abused is staggering. The number of children who have been abandoned by their parents, or who have watched their parents killed or displaced because of armed conflict is sobering. This week a number of organizations took to the street with children to protest the violence that is being done against them. They held signs that said, “Protect me.” “My life matters.” Something is very wrong with this picture. Children should not have to clamor for our protection and care. And yet, in the society and world we live in this is the reality.

Thank goodness there is another reality, where children are esteemed, valued, cared for and listened to. The other reality of which I’m speaking is the Christian community, the body of Christ, the Church. Unfortunately experience shows that this is not always the case, not just in Colombia, but globally. Even when Jesus affirmed over and over again the worth and value of children within the kingdom of God, still they tend to be overlooked and treated as second citizens. A worship space is built for adults, but for some reason there is no space planned for children and then when there are 15-20 children coming on a Sunday morning and they are forced to create a make-shift space for them outside. Or,  I will never forget how stressful our first year as new missionaries was as we would set out with our young children (1 1/2 years old and 4 years old) for worship, only to find there was no space for the littlest children. After an hour of singing and announcements our 4 year old could go to Sunday School, but our 1 1/2 year old had to be with us through the rest of the worship service. I thank God for the friends who would see our struggle as we tried to keep our toddler from running around the worship space and would take him on their laps or walk with him up and down the street outside so we could participate. As I looked around there weren’t that many families with young children and after awhile I came to understand why.

That’s why for me it’s important to celebrate the ways the church is embracing children. It’s important for me to celebrate the baby steps that churches are taking to include children in worship, to train teachers and volunteers, to equip parents, to offer spiritual mentoring to parents, to offer seminars on how to prevent abuse, and to offer children with the opportunity to participate in the community with their gifts and talents. As authors Michelle Clifton-Soderstrom and David Bjorlin write in their book, Incorporating Children in Worship, the inclusion of children into the Christian community is a mark of God’s kingdom. It is a sign to the world that the values and priorities of God’s kingdom are different. In God’s kingdom the first shall be last, the least of these are lifted up, and children are blessed. They write, “As a manifestation of the least of these and little ones, children embody the very heart of Jesus’ message in which care for the poor is a distinctive mark of the advancement of God’s kingdom.” So for me this is a wake up call for the church. Children are crying out, are we willing to listen and act? Will we stand up and be the community that embraces children? Will we show society that children matter to God, that they are valuable members of society and of God’s kingdom?

I was encouraged by the response I saw from pastors at the pastor’s prayer time on Tuesday as they talked about their responsibility with the children and youth in their churches. I was encouraged as I watched our small group of young professionals find ways to engage Samuel (our son) in the conversations and dialogues last week and gave him the responsibility of representing their thoughts with a picture. 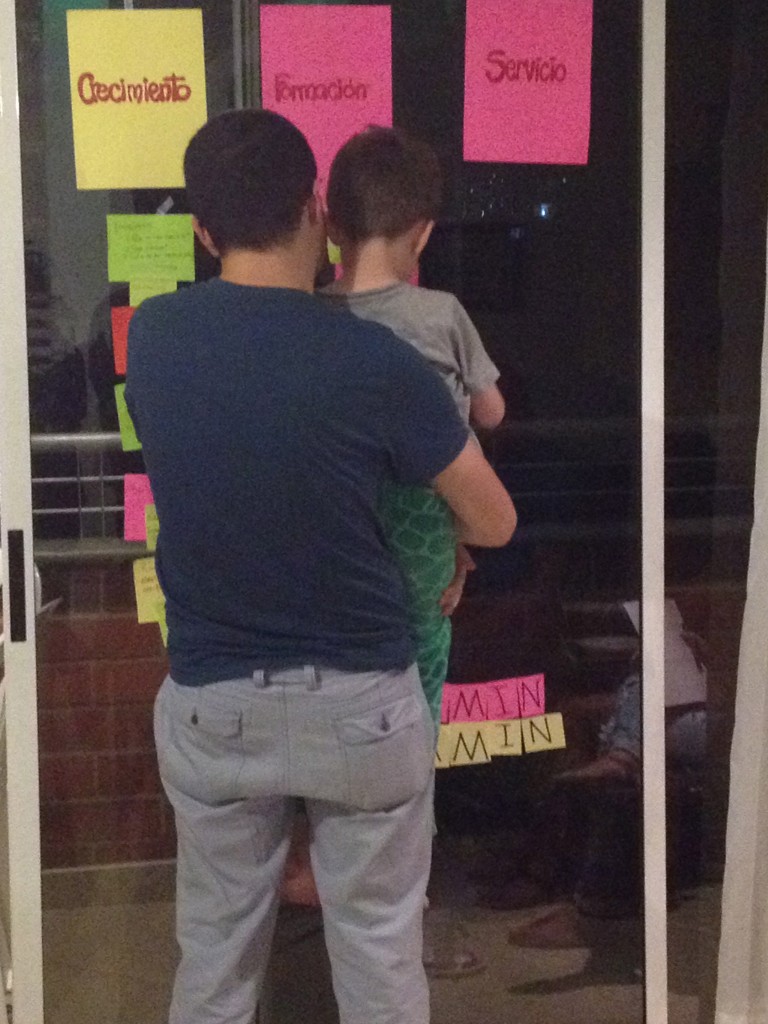 I was encouraged as this past Sunday, after almost 2 years of advocating for a nursery space in the local church we attend, the nursery opened its doors to receive the church’s smallest children. These children were welcomed and showered with loved. May they and all the other children come to see the church as their community, as a place where they can grow and serve and be a part of God’s kingdom mission. 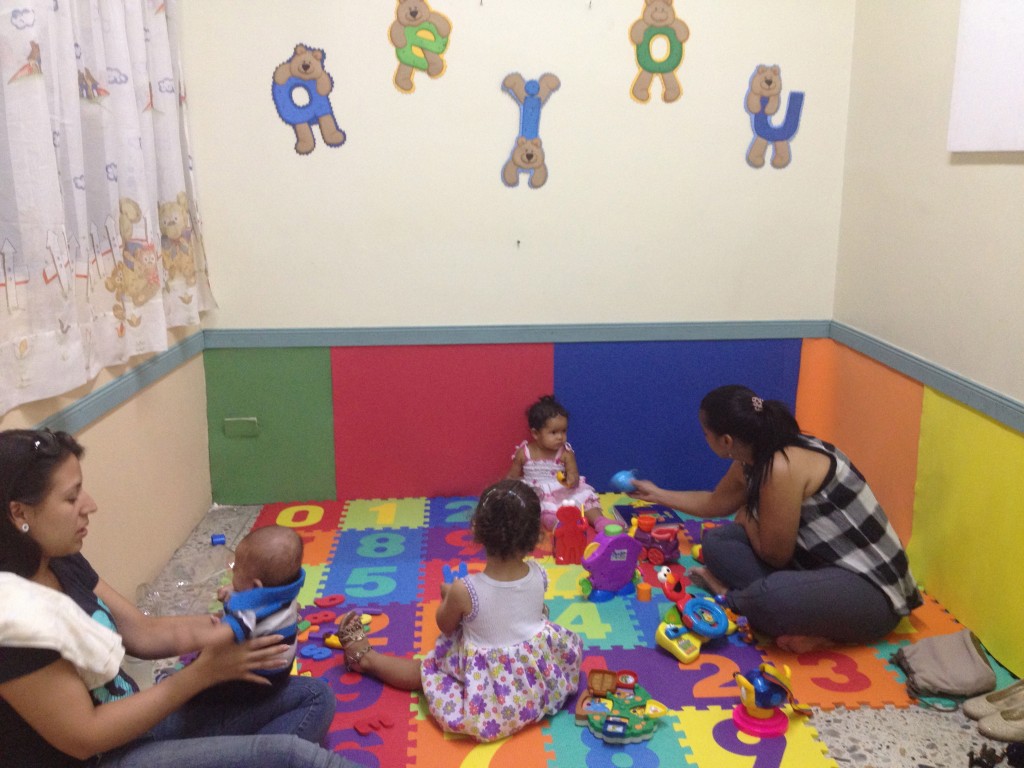 The nursery is open! Praise God!