Relationships are fundamental. In ministry they are at the heart of why we serve and how we serve. Colombians are very relational people and we have experienced their hospitality and friendship over and over again. This past week it was wonderful to witness the relationships that were built between Colombians in Monteria and a group of men from First Covenant Church of Sacramento, CA. This church is firmly invested in building relationships in Colombia as they have come year after year to serve, learn, and grow in relationship. It was great to reconnect with some of the men who we knew and others, particularly a group of young college men who were visiting Colombia for the first time. 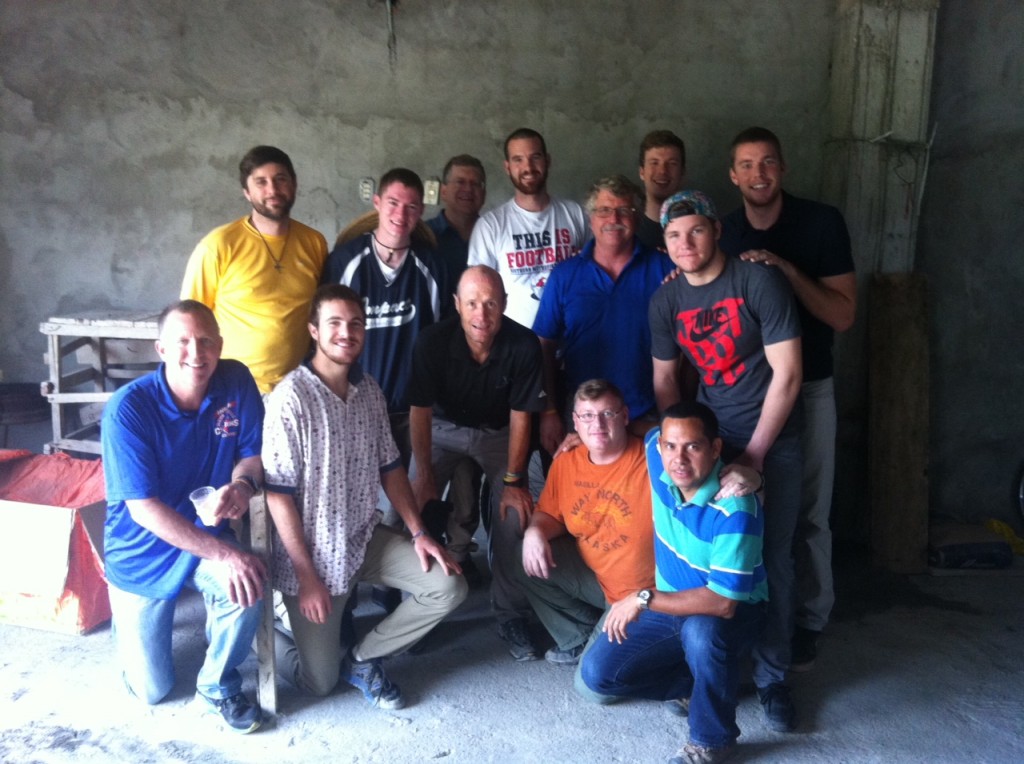 The men’s team from First Covenant Church of Sacramento

They spent a week in Monteria, where one of their main areas of service was in helping a local church finish construction. It is a project that is particularly dear to us because it allows the church to have the children’s ministry space inside the church. The church has worked hard to create a space inside for the children, instead of outside under a tent (think 90 degrees in the shade). It is so exciting to think about these children having their own rooms that can become a special place for them to learn and grow in faith. 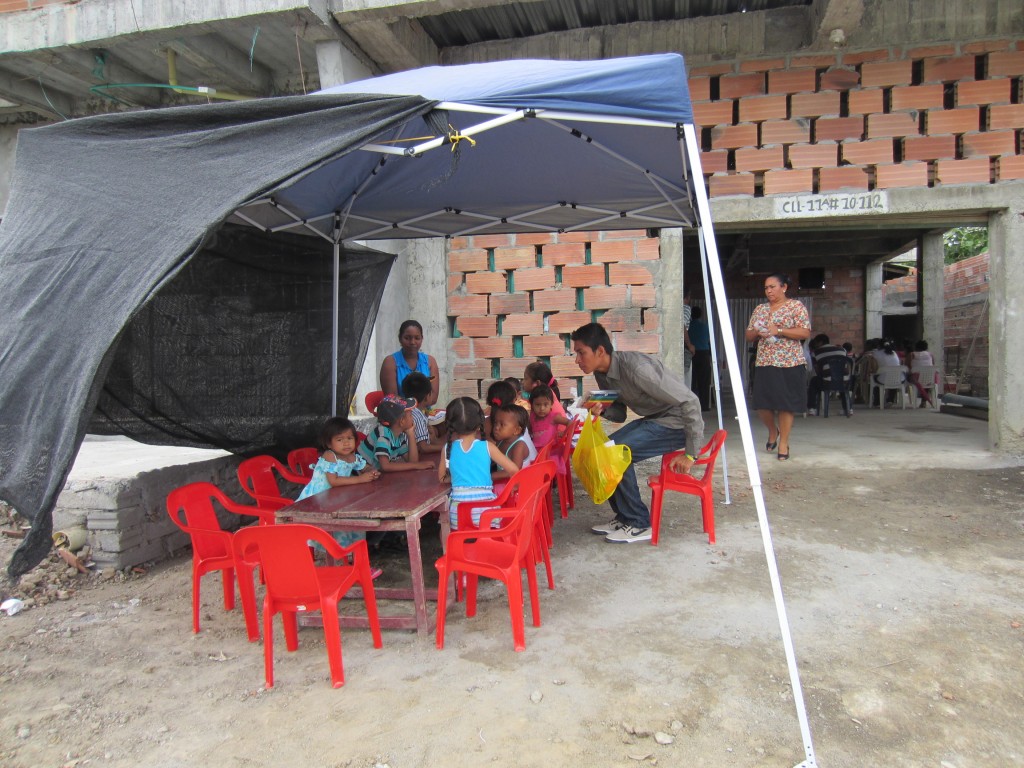 Where the children had been meeting 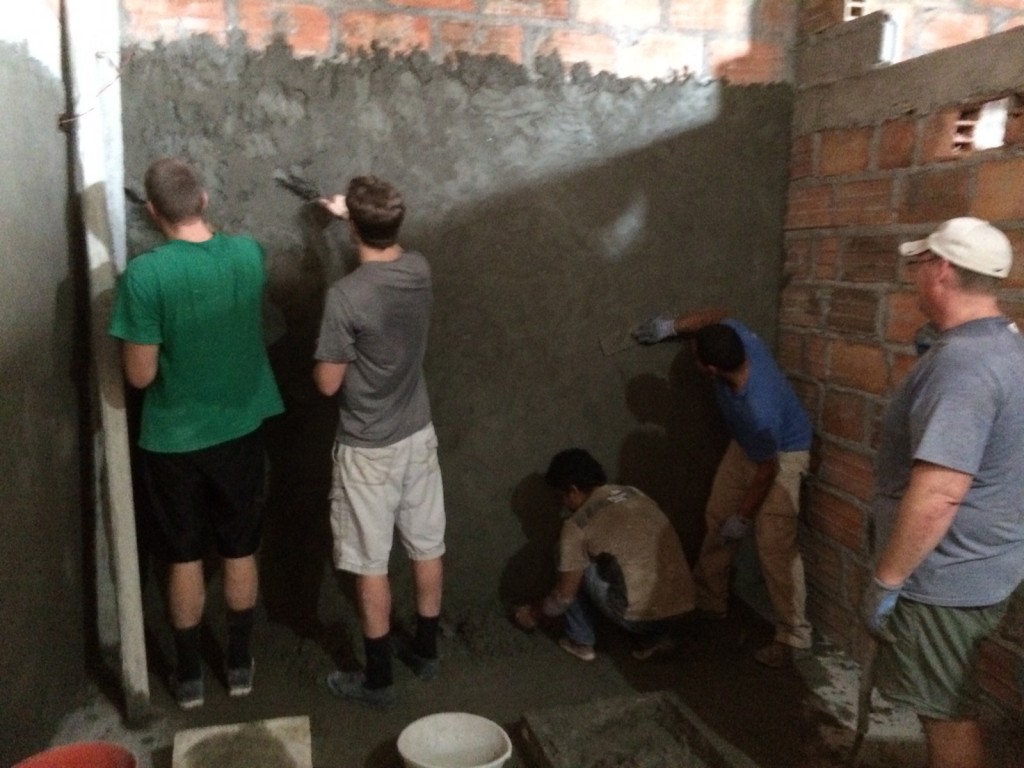 The men also lead a men’s conference for over 40 men in the area where together they shared experiences, learned from each other, laughed together and ministered to each other spiritual.  The team was also able to hold various eye glass brigades, where people in the community were able to receive reading glasses for the first time. As the men shared their stories and experiences the one thing that stood out was their description of the people they met and the place they had made in their hearts. One of the men spoke of this conversation with his host family over coffee as he used google translate to facilitate the dialogue and about how he looks forward to coming back next year and introducing his wife to his Colombian family. They spoke about how well they were fed and how welcomed they felt in the homes they stayed. As a thank you, two of the guys baked an apple pie for one of their host homes as that was something the family had said they’d love to try. It was a week of seeing community (and community across cultures) being formed. One of the young Colombian men who recently had started coming to the Restauration Covenant Church in Monteria connected with the young men and was able to work alongside them and enjoyed showing them around his home town. We are thankful for the time this team spent here and thankful for the ways that the Colombian church welcomed them, served them, and invited them into relationship. 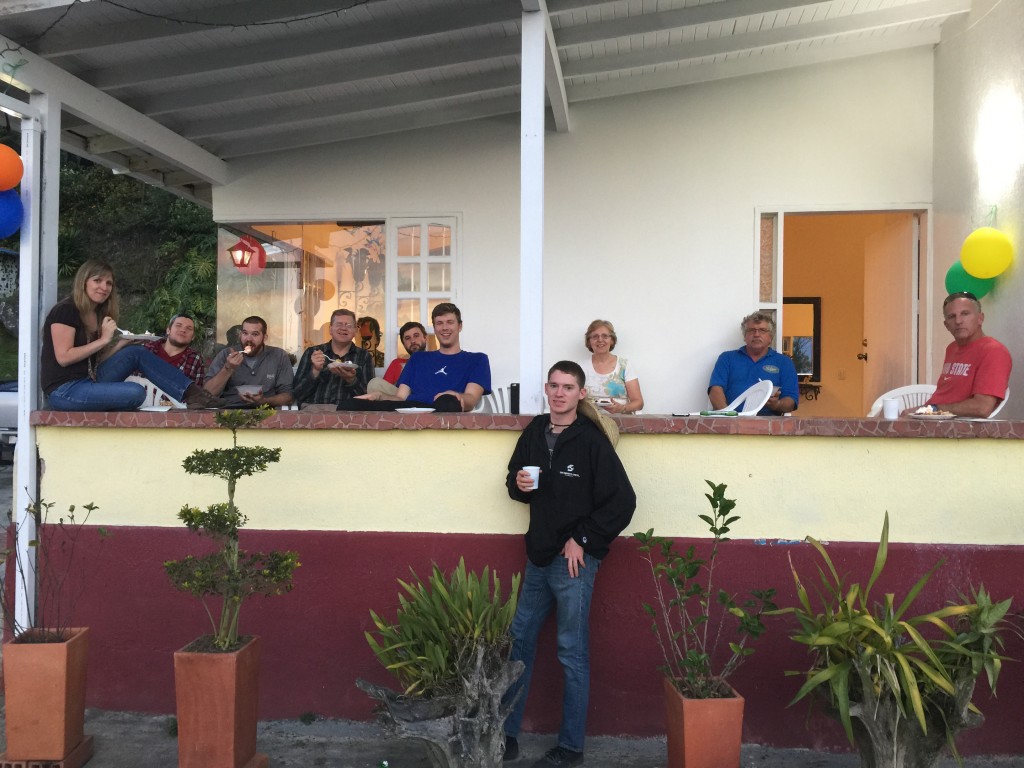