prophets of a future not our own

As an undergrad at North Park University, I had the opportunity to take a couple classes at the seminary, under an African scholar named Kazi Joshua.  I would walk into Nyvall Hall to sit in a small classroom with students who felt so much older and experienced than I (even though, in many cases, it was maybe only a few years and a summer at camp that did).  Theological and Biblical Foundations for Justice stretched me, but also started to put language to many realities that I had felt were true about my faith for some time.  Kazi would slip effortlessly between a teaching style that mimicked the Western world of his academic experience and that which was energetic preaching that I imagine was true to his Malawian roots. It was an honor and a privilege to sit under his teaching.

At the start of every single class, Kazi would have us read aloud a prayer together known as the Oscar Romero prayer.  The prayer was written by Cardinal Dearden  in honor of the Archbishop and the spirit of the words certainly reflect the life and ministry of Romero, who was a leader in fighting poverty and an advocate for social justice.  The words became so important to me during my college chapter and continue to be to this day.

Archbishop Oscar Romero was assassinated in 1980 while celebrating mass.  Last week, Romero was canonized in the Catholic Church.

The words of the Romero prayer hang in our dinning room; a constant reminder to us of who we are and who we serve.  May we all continue to be shaped by the life and example of this great Saint. 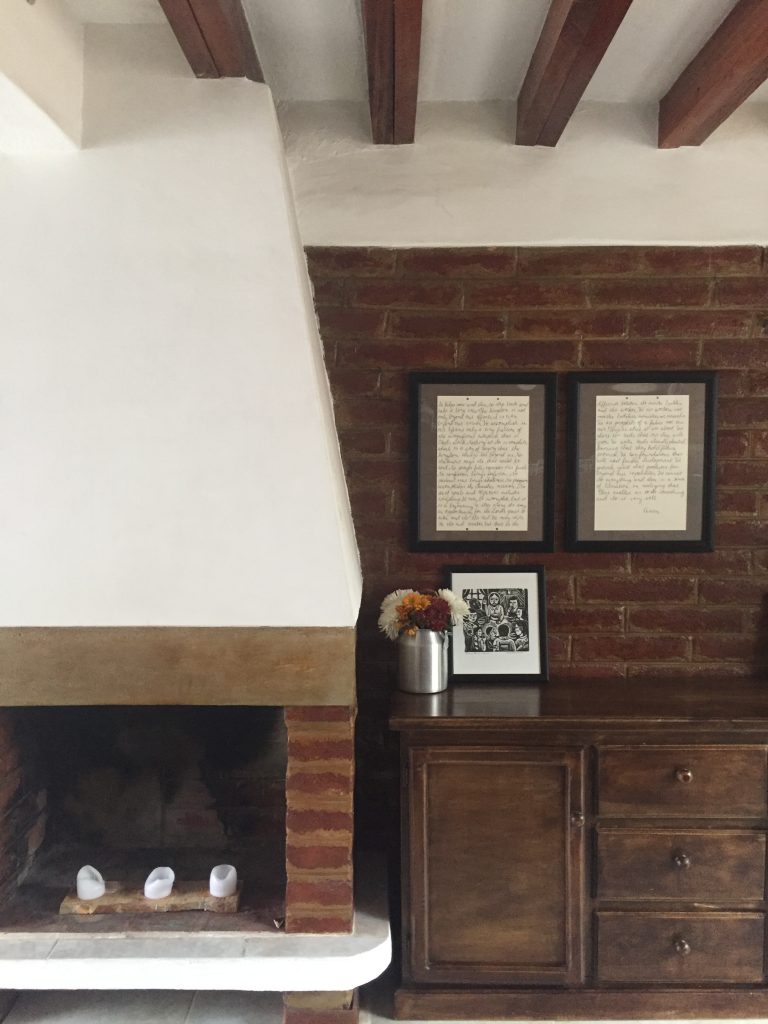 “It helps, now and then, to step back and take a long view.

The kingdom is not only beyond our efforts, it is even beyond our vision.

We accomplish in our lifetime only a tiny fraction of the magnificent
enterprise that is God’s work. Nothing we do is complete, which is a way of
saying that the Kingdom always lies beyond us.

No statement says all that could be said.

No prayer fully expresses our faith.

No program accomplishes the Church’s mission.

No set of goals and objectives includes everything.

This is what we are about.

We plant the seeds that one day will grow.

We lay foundations that will need further development.

We provide yeast that produces far beyond our capabilities.

We cannot do everything, and there is a sense of liberation in realizing that.

This enables us to do something, and to do it very well.

It may be incomplete, but it is a beginning, a step along the way, an
opportunity for the Lord’s grace to enter and do the rest.

We may never see the end results, but that is the difference between the master
builder and the worker.

We are workers, not master builders; ministers, not messiahs.

We are prophets of a future not our own.”