Adrienne Satterberg was commissioned to France at the 2016 Annual Meeting. 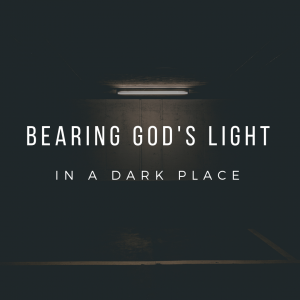 It is late at night and we are making the rounds at the hostess bars not far from the tourist area of the Old Port of Marseille. In my pocket are several individually wrapped chocolate squares with Bible verses attached to the back. We offer these to the women standing near the doors of these bars, waiting for clients to buy them a drink.

We are a recently formed group of evangelical Christians who attend various local churches and feel called to reach out to the women and men who are sexually exploited through prostitution. Tonight, we come across a number of women of different ages gathered around a sidewalk table outside a bar. As we engage with them and they accept the chocolate, I notice that some toss aside the wrappers with the verse.

We exchange pleasantries and are about to leave when an older woman tells us she notices something about us. “I see joy in your faces. I have peace,” she says, “but I don’t have joy.” She expresses a desire to have this kind of joy in her life—the joy she sees in us!

We are astounded and rather speechless. We want to say something more, but the conversation shifts and we must move on. However, we were given a great gift. This woman bore witness to the fact that God’s spirit of joy was indeed shining in a dark place. Amazingly, it was shining through us despite my uncertainty as to whether we were truly bringing Christ’s presence and love to these women.

This exchange was evidence that God was working and continues to work as we are obedient to follow God’s leading. It’s what compelled me to return to serve in France after my initial missionary assignment. This journey to serve internationally began with a decision, first to marry my husband, Ken, a Covenant missionary, and then to leave my vocation as a geriatric nurse practitioner.

After years of experience and expertise in geriatric primary care, I had to become a learner once again. I had to learn not only French but also how to share Christ within marginalized communities.

What has become even more surprising to me is that God opened doors for me to serve in ministry to sexually exploited and trafficked women in France. Before I was married, I was involved in advocacy for victims of human trafficking by raising awareness that slavery existed in our own backyards, even in the middleclass neighborhoods of my hometown of San Francisco. I had little hope or expectation that I could continue to be involved in this type of ministry when I moved to France, especially since I did not yet speak French. But once again, God is faithful.         Late at night, in the poorly lit streets of Marseille, we discover women who are trafficked from Africa into the commercial sex trade. They come from English-speaking countries, such as Nigeria and Ghana, and are of Christian background. Some of them are painfully honest when we talk with them. Naomi is particularly incisive when she declares, “Do you really think that I want to be out here?” And when we ask Joy how we could pray for her, she says with some resignation, “Please ask that God would forgive me.”

The memory of these women and my conversations with them is also what compels me to speak of the hope in Jesus who offers freedom to the captives and forgiveness of sin to all who receive him. It would be such a privilege to be involved in addressing the justice needs of women who are exploited by traffickers targeting vulnerable communities. I look to the day when these women would know freedom from the bonds of their physical and spiritual captivity. 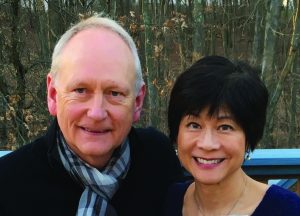 January is National Slavery and Human Trafficking Prevention Month. Join us in praying for women who have been sexually exploited.

Used with permission of the Covenant Companion.

Originally published as part of the July 2016 Serve Globally newsletter.