We attended our first “Potluck Lunch” the other Sunday at the Fountain of Salvation Covenant Church. They were finishing up their three-month emphasis on the Family and celebrated a “Shared Meal” together. They laughed when I told them that in the U.S. their “Shared Meal” was called “Potluck”—probably because none of them thought that the food they had brought to share had anything to do with luck (of course, that depends on one’s perspective!) 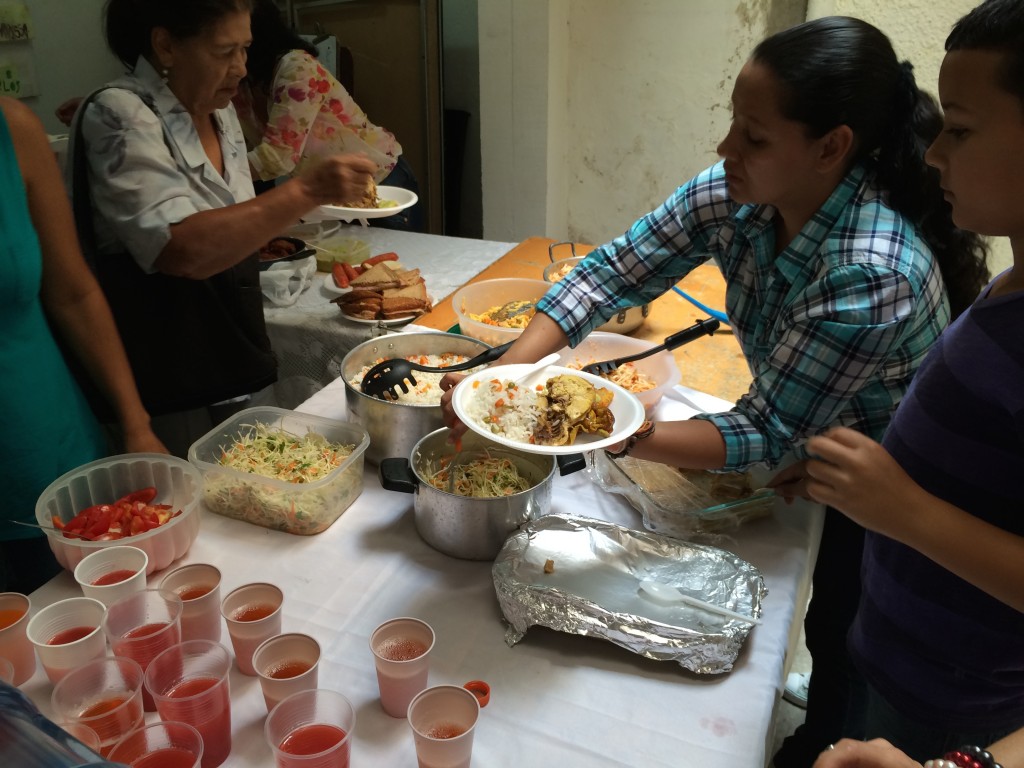 As usual, there was lots of spaghetti (most of which was not eaten, lots of salads, some interesting dishes from people who left their home in a hurry and just grabbed what was left on their table, remembering as they went out the door that they were supposed to bring some food to share. The highlights were the fresh French fries and the special dessert. One young boy worked hard to make a dessert, his first attempt at this, but he had so many repeat customers wanting more, he just might have been encouraged to pursue a career in the food business.