Floors – When Renewing Them Makes Sense.

Sometimes what seems like a good idea just doesn’t work out too well.  That is true with the floors at RFIS.  When the buildings were originally built, there just was not enough money to tile the floors.  So we decided to go with plain poured concrete. However our builder did some looking around at other buildings with concrete floors and came up with an idea for some inlaid tile. 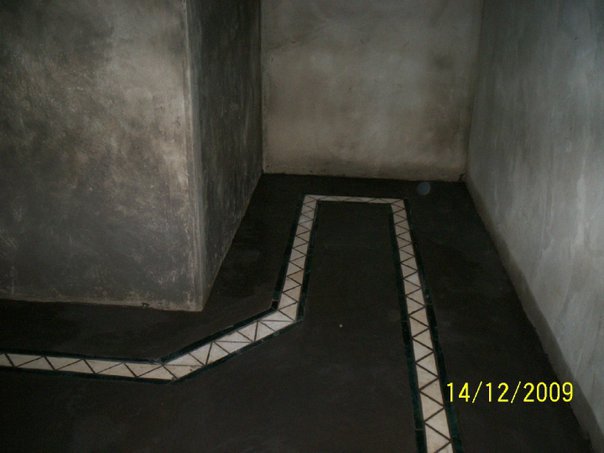 This is within the first day of the final cement going on the floors. They looked so nice until they dried and aquired the red dirt glaze.

The pictures were pretty and the cost was not that great so we decided to try it, knowing that in time it would be tiled over. 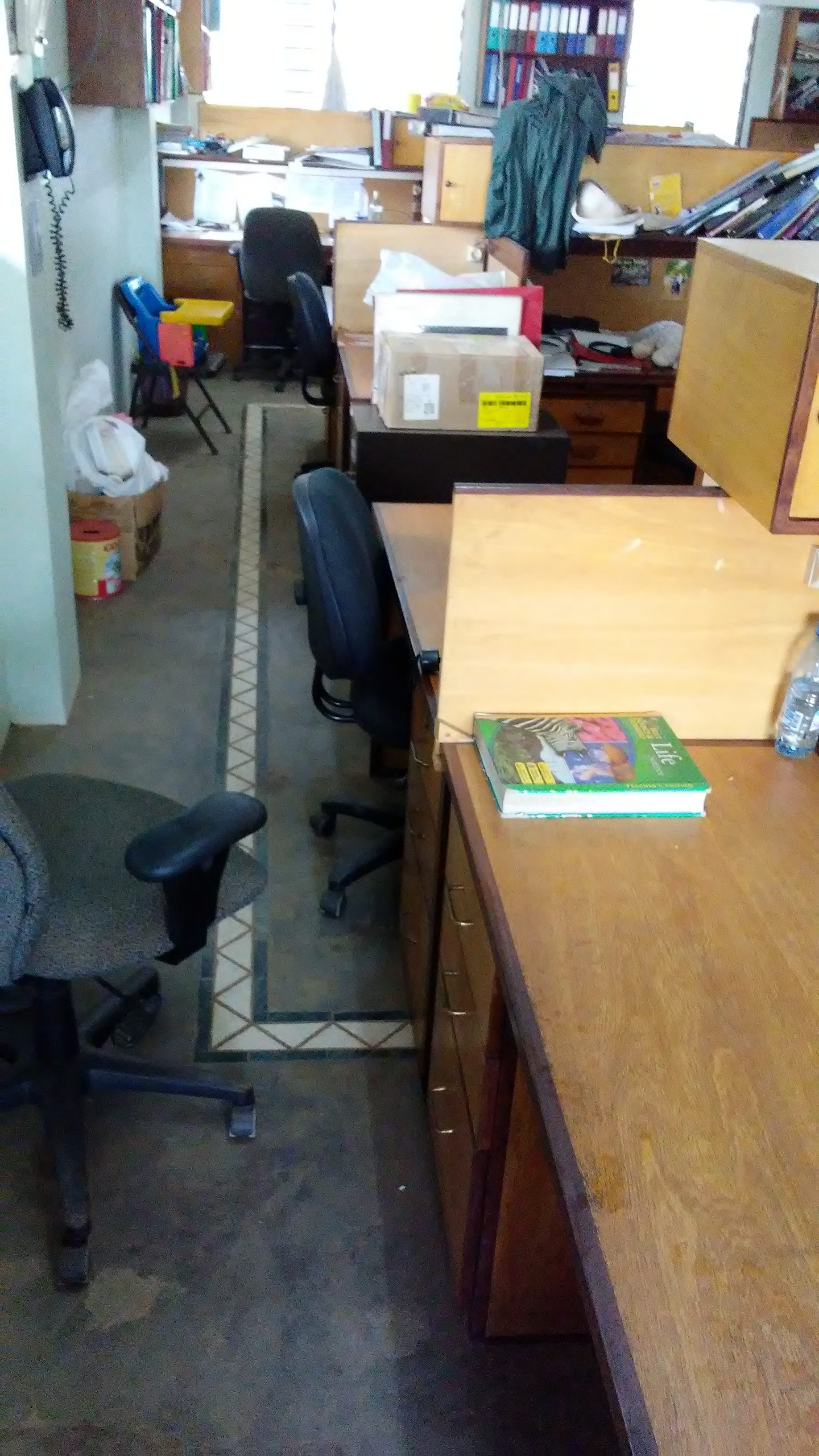 The varying size rectangles create a border and areas on the floor. Sometimes those matched with the furniture placement.

From the beginning the fine red dirt that was blowing around stained the concrete making it always look dirty and spoiling the desired effect.  Then within the first year, small holes which grew rapidly began appearing in some of the floors.  Those that had chairs rolling on them were of the worst areas.  Thus began the process of filling in the holes during each school break. 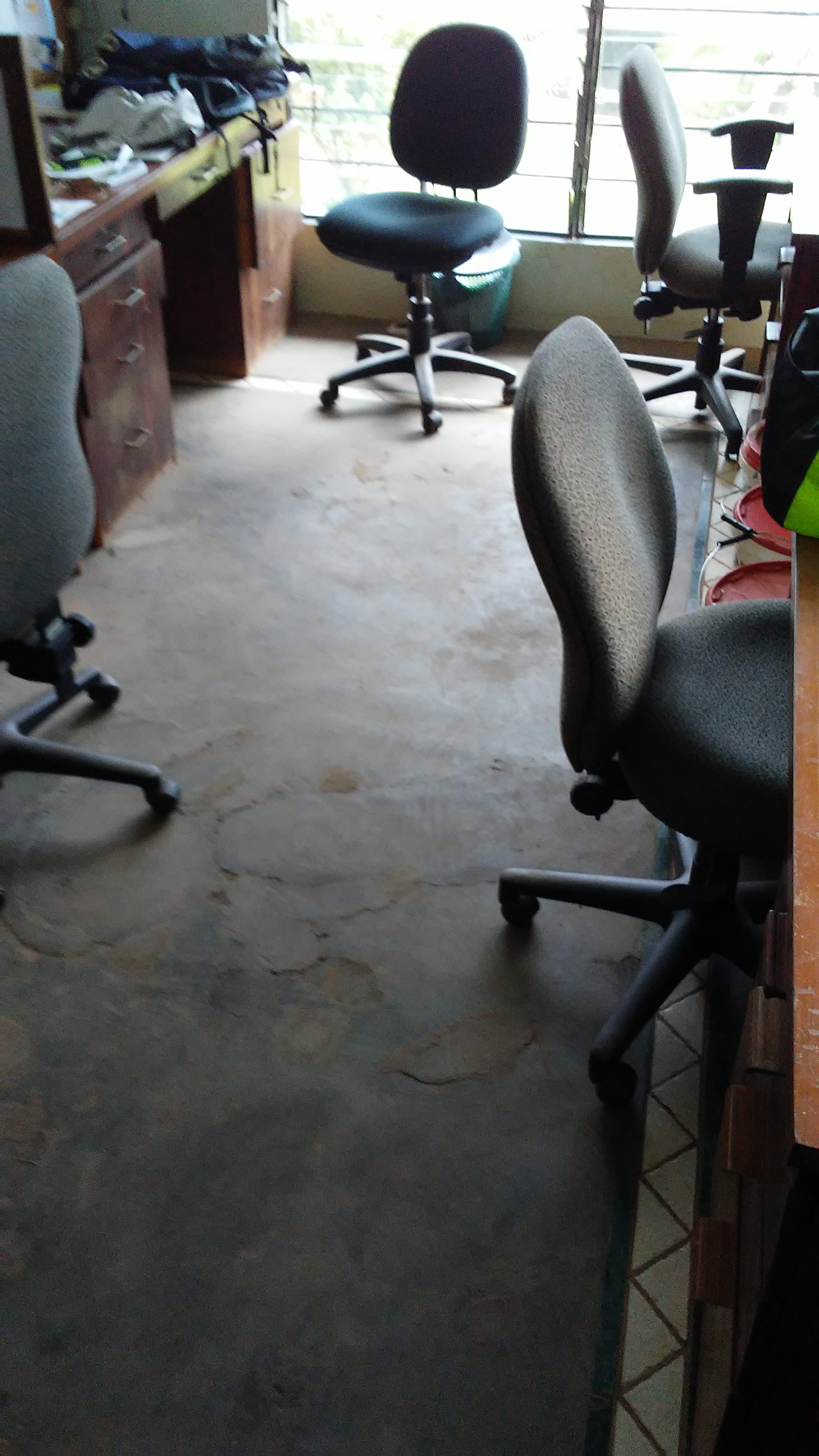 you can see the many patches in the concrete

Finally this year the decision was made to tile the Administration/Teacher floor of the Science building.  And so during this mid-semester break Jeff has spent each day moving furniture and watching over the progress of the team that came in to begin the tiling job.  It will need to be completed next summer but for now progress the areas that are being completed look great and hopefully will also function well.  The regular fixing of the holes in the floor is coming to an end! 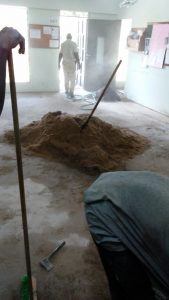 First the top coat had to be removed (including the decorative tiles), then sand was used to level the suface and then finally the tile was laid on top with a thick layer of adhesive. 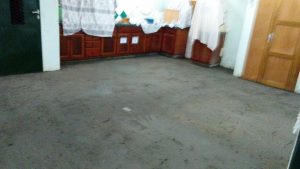 New tile laid but it needs to be cleaned before the furniture comes back in. 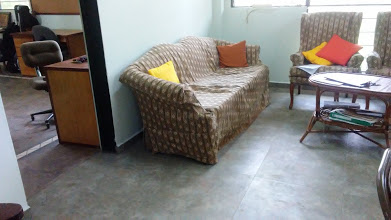 The final look with the old flooring visible through the doorway in the teacher desk room.