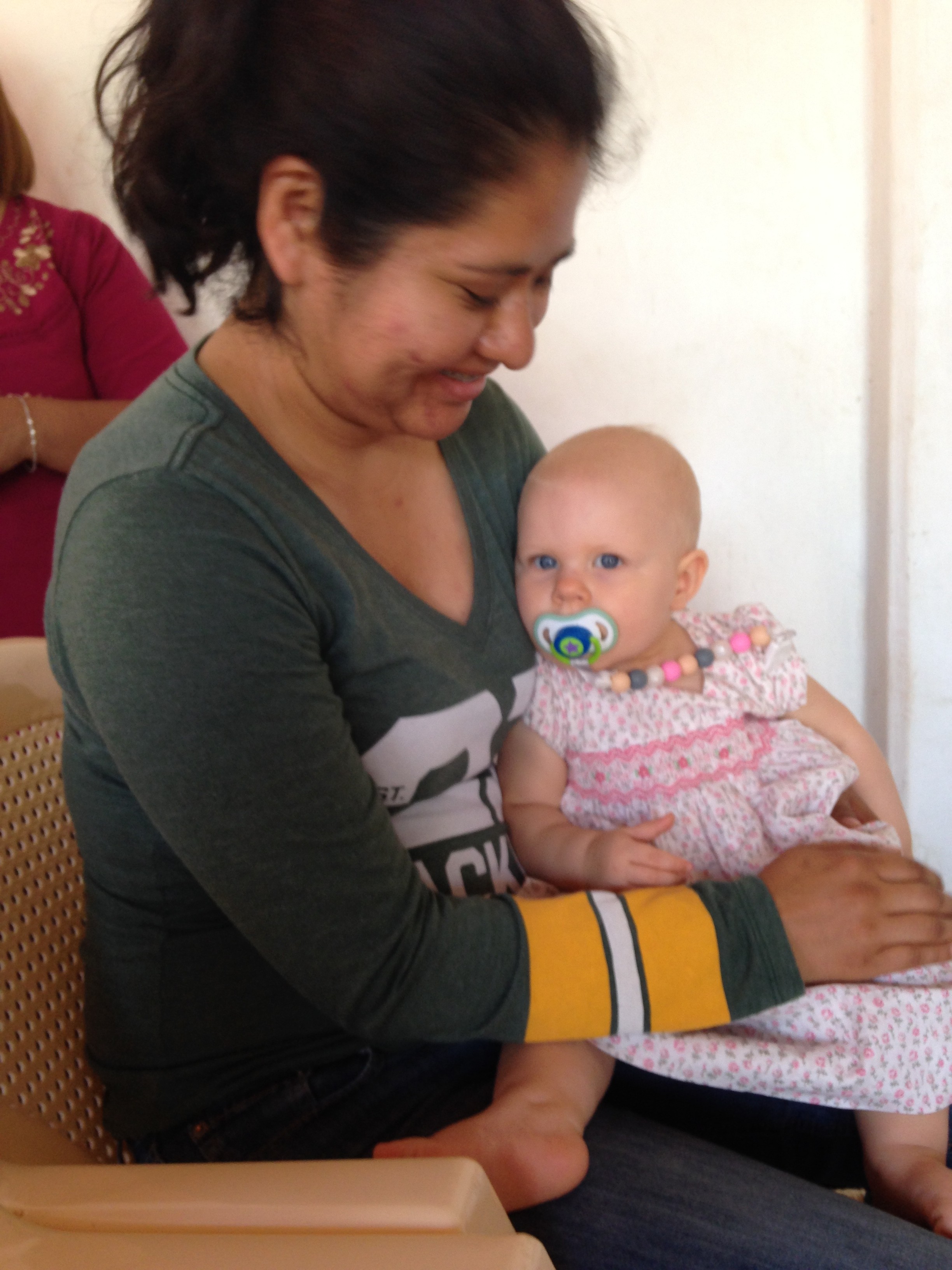 The Lord comforts his people and the babes sing his praise

Throughout our year in the US, a young woman named Marcela from the church we attend in Oaxaca was battling with cancer.  During our first week back in Oaxaca, she went to be with the Lord.  She had come to Christ and started attending church after her diagnosis almost two years ago.  Today Tani, Marcela’s younger sister, led the church service and shared her heart with us in a beautiful way.  Before her death, Marcela had left her valuable items with Tani to distribute as gifts to people who were close to her.  As Tani went through her sister’s few valuables, she was touched and surprised by Marcela’s simplicity.  She was also moved deeply by the stories and things people shared with her as she gave each person the designated gift.  She saw this request not as a burden but rather a beautiful gift from God as she grew in understanding and respect for her sister.

Then, Alicia, Marcela’s mother, shared during the thanksgiving time that even in the midst of her great sorrow, she is thankful to the Lord for the many ways her family and church members have shown her love.  She was sitting in the row behind us and as she was sharing, all eyes were on her and Maya, who I was holding in my arms.  As we listened to Alicia grieve and give thanks, we witnessed this beautiful babe craning her neck in order to look over my shoulders into this mourning mother’s eyes.  And then, Maya reached out her little hand for Alicia to take.  As she held Maya’s hand, Alicia continued to give thanks to God for his comfort and love in the midst of her suffering.  The Lord indeed comforts his people and even uses the smallest among us to sing His praise…

“Shout for joy, you heavens; rejoice, you earth; burst into song, you mountains! For the Lord comforts his people and will have compassion on his afflicted ones.” (Isaiah 49:13)

But when the chief priests and the teachers of the law saw the wonderful things he did and the children shouting in the temple courts, “Hosanna to the Son of David,” they were indignant.

“Do you hear what these children are saying?” they asked him.