20 de Julio gets a new Church 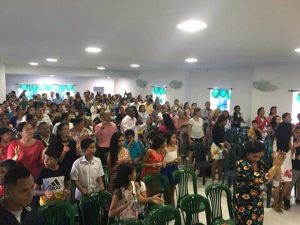 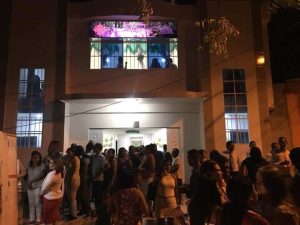 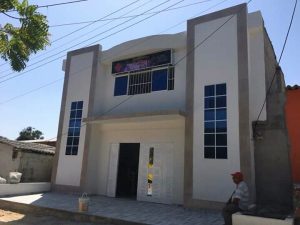 The 20 de Julio Covenant Church first began meeting under a tree in 1994. It soon was able to purchase a lot and built a worship center and pastoral apartment. Unfortunately, the lot was strategically located behind a rain water run-off. This gully filled up, and subsequently, flooded the church and apartment each time there was a hard rain. This also brought a plague of insects each year. The heat of Barranquilla and the fact that the city government refused to pave the street in front of the church, made it incredibly challenging for Pastor Anderson Ortega, and his wife, Damaris, to raise their five daughters in the two-bedroom apartment. Nevertheless, the ministry and dedication of the 20 de Julio congregation has been amazing. They have never faltered. They have lived “amazing grace” as they have loved their neighbors – even when one of their neighbors is the most renown witch on the northern coast of Colombia. God has blessed the 20 de Julio Church as it has definitely proved that it is a place where people come to meet the Lord God.

Recently, the 20 de Julio Church received a donation from the Covenant Church of Norway to build a new church and relocate. 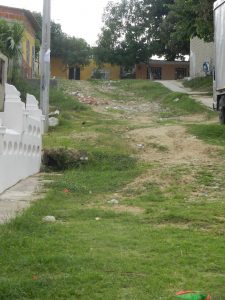 The church family did not want to leave the neighborhood because, by being present and faithfully ministering for the past 24 years, they had gained a deep respect of the community. They found a lot three blocks away where they could locate. The men provided the majority of the labor (along with some free labor from the Roseville Covenant Church ministry team). And the new church was built.

Anderson and his family continue to live in the apartment of the first church building, the street is still not paved, the flooding has been fixed, the tree under which the church first began meeting is still there, and the community is rejoicing, along with the 20 de Julio Church, for the blessing of a new location to meet together and celebrate new life in Jesus Christ. 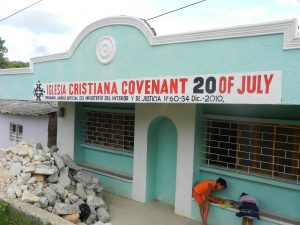 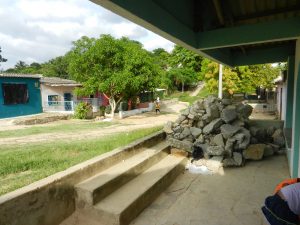 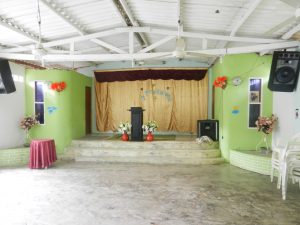