At the northern tip of South America, in the Colombia department of Guajira, sits the Wayuu nation. The Wayuu are facing a crisis, because of the extreme corruption, hot desert and arid conditions, affecting especially the children, elderly, lactating mothers and pregnant women. Much of Colombia has heard of the multifaceted crisis facing this region and various attempts to address and improve the situation and condition of life have been undertaken. The Atlantic Covenant Social Foundation (FUSPA), based 6 hours away in Barranquilla, which encompasses four Christian elementary schools, decided to be a part of addressing this crisis, especially focusing in on the malnutrition and education of the children. In partnership with Covenant World Relief, and after a year of developing a relationship with the “Yepirol Rancheria” of the Epiayu Pushaina clan of the Wayuu nation, a project has been started addressing the lack of water and small business practices, and education and malnutrition of the children. 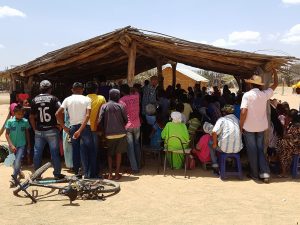 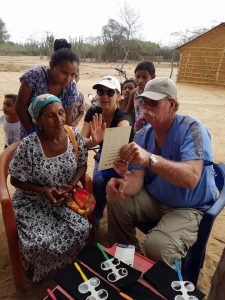 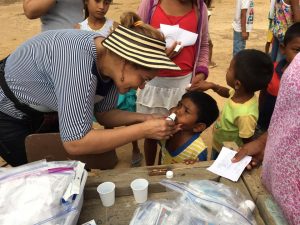 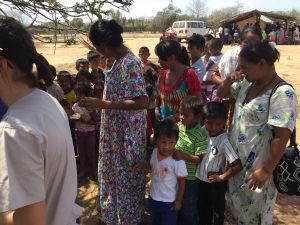 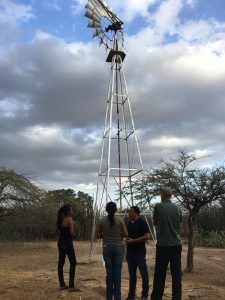 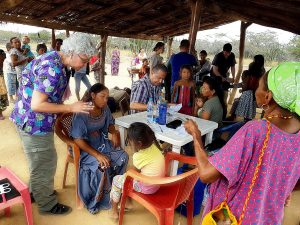 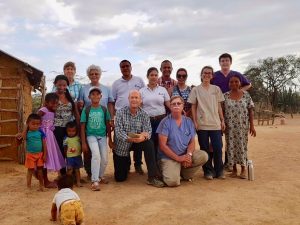 Just a couple of weeks in the ago in the Guajira we offered a two-day Health and Vision brigade, attending to over 400 people. We had received a 4-person mission team from Kingsburg, CA to serve alongside of five Colombians from Medellin and Barranquilla. It was a full week as we also brought the brigade to a new Covenant Church plant, outside of Barranquilla, and to the Pastoral families of the Covenant Churches. Because we had two doctors on our team, and 10 incredible volunteers, we were able to strengthen a relationship with this clan that should continue to develop as the Wayuu guide us in the best ways to partner with them.