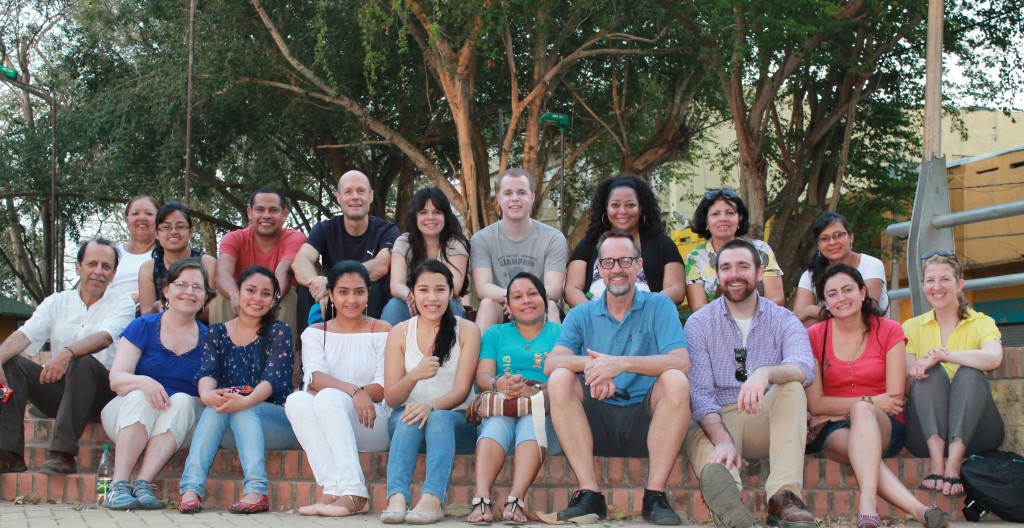 When Julio Isaza, fellow Covenant missionary in Colombia, was attending North Park Seminary he engaged the Seminary in conversation about coming to Colombia and putting on a Mission and Ministry course. Paul de Neui, Professor of Missiology, was very much in favor of such a trip and conversations were held between Julio, Paul and Gary. The hurdles that arose regarding holding such a course – security issues, themes, number of students and participants, etc. – were taken care of in time and serious planning began to take place over a year ago. Along with North Park Seminary students and Colombians, the Covenant Church of Mexico was invited to participate. So, on March 6th 19 participants gathered together in Medellin to begin 10 days of focus on being “United Against Human Trafficking and Abuse”. Each day other Colombian Covenanters were able to join the group as they took advantage of the course being offered in their area.

The first two days were spent in Medellin and then we all traveled to Monteria, Cordoba and La Ye de Sahagun. Gary and Julio had wanted to bring the course to the La Ye community because it is an area where the Covenant of Colombia has a Church and is located at a crossroads of two major highways where trafficking, prostitution and abuse issues are continually prevalent but seldom addressed. It is also a remote corner of Colombia where we were able to visit an elementary school and high school and interact on the theme of human trafficking and abuse with the students, touching on the use of the social media as a common way to prey on children, adolescents and youth. We were even given the chance to address and interact with the high school faculty on this theme in a special session. This was definitely a highlight of the trip as this kind of interaction and input at this school and in this community had never been experienced before.

The lives of everyone involved were definitely changed as the intense focus of the theme played itself out. The hope is to continue to build on this theme, and, within a couple of years, be back here again to continue on. As we found out during the time together (and as many of you who are reading this already know) human trafficking and abuse are not going away, in spite of many valiant efforts, programs, movements, and organizations working to address it and stop it. We are hoping that the human condition will not grow numb to the focus on human trafficking and abuse and that this can serve us here in Colombia, in Mexico and in the U.S. as the Covenant works to eradicate this from being an accepted part of society.