I was a little late (my morning run had gone longer than planned) and so decided to catch a taxi to my appointment, instead of taking public transportation. While sitting in the front seat of the taxi in a traffic jam, I was texting the fellow I was meeting with to let him know I would be arriving 10 minutes late. I didn’t see the two young men walking between the cars in the traffic jam looking for what they might be able to steal out of open car windows – jewelry, backpacks, bags, whatever. I was their victim. In the middle of sending my text, suddenly two hands reached in through the window and grabbed my cellphone right out of my hands. I saw my cellphone running off in the jeans pocket of the youth in the white shirt. I paused for a split second, glanced at the taxi driver and felt that he was behind what I was thinking about doing, said to myself that I couldn’t let the thief get away, opened the door and took off running to “catch a thief”. The two youth were running as fast as they could, weaving through the cars, they jumped over a wall down onto another street below, changed direction and headed down toward a major avenue. I was keeping right up with them, even though they had quite a head start.

I imagine it was quite a spectacle to see youth running through traffic with a tall foreigner chasing them. Some of the drivers were yelling out their window and asking me what they had gotten of mine. After I told them they began honking their horns, yelling, “Malos! Malos!” It seemed to me that the whole street came alive and that the “transportation community – cars, drivers, etc.” were working with me to catch these guys. It was amazing to see this community react to this street crime. Three taxis left the line of traffic ahead of me to try to catch up to the thieves. An SUV tried to cut off the sidewalk in front of the youth. A delivery truck swerved hoping to knock one of the youth off balance.

Since I run so much I was pretty confident that I could catch up to the guys, and so I kept after them. After a kilometer or so, the thief was tired of running. I caught him by the scruff of the neck as he slowed down to turn a corner. I looked him hard in the eyes and he reached into his pocket and gave me my phone. No one was hurt – the youth had run out of breath.

As I turned back to look for my taxi, I realized that I was a part of Colombian society that desires to strongly fight crime, works together, helps one another out if they can, and rejoices when they are victorious and conquer evil. Five different drivers asked me if I was okay, if I had recovered my phone, and if I had caught the thief. One of them had even been trying to get a hold of the police. They were glad to hear that I had succeeded. And the 10th car I came to was my taxi driver! He had gone down two different one-way streets the wrong way trying to keep up with me because he was determined to help me out in any way he could. The week before he had helped a woman recover her stolen computer bag. As I got in the taxi again, the driver asked me if I was armed. “You took off so fast and furious,” he said, “I thought you were armed.” “I am armed,” I said, “with the Holy Spirit.” 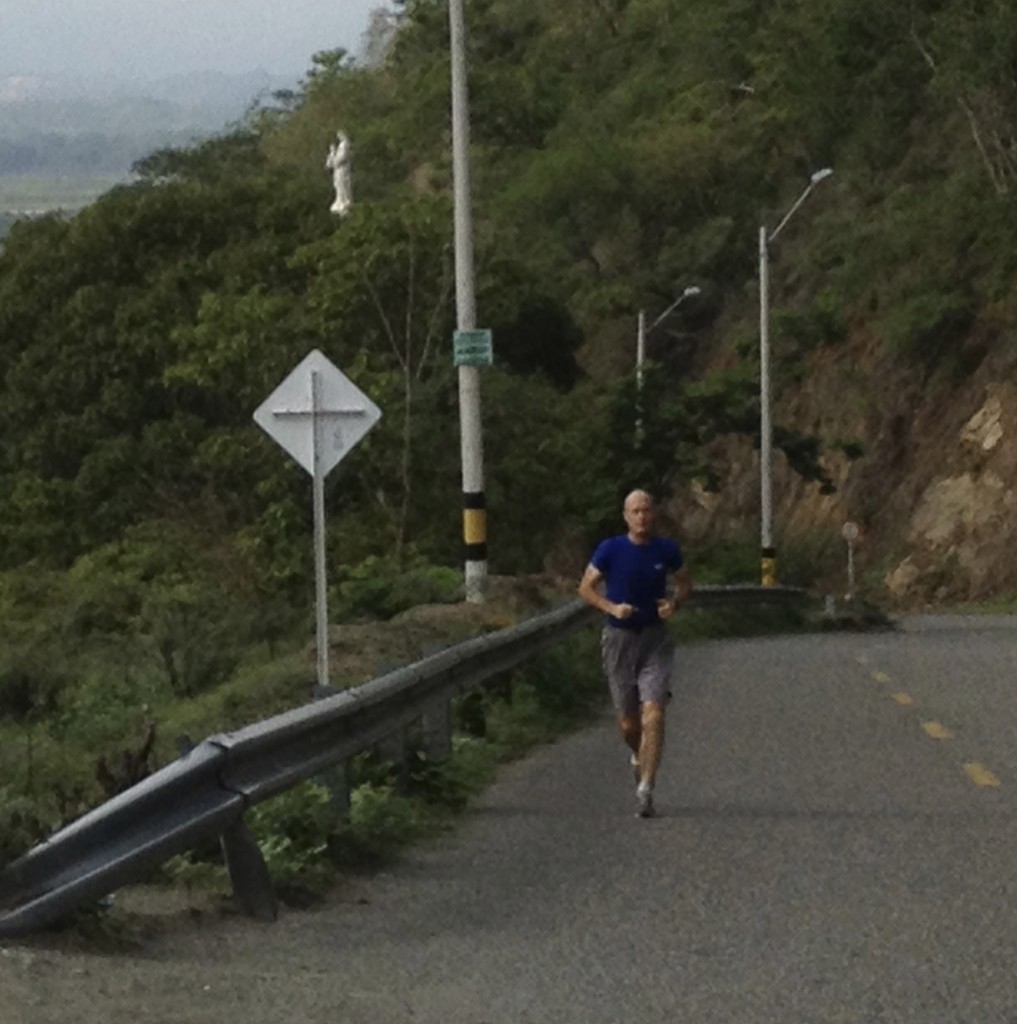 My daily runs have evolved into a sacred time of communing with God, listening and conversing with him, which helps me to be “… thoroughly equipped for every good work” (2 Timothy 3:17b). With the rise in street crime lately, I had thought through many different situations and what to do. As a Mission we have a security plan in place. We have thought through different scenarios and how to respond. We have contingency plans. My response was proper and was correct and in line with our strategy and I thank God that I obeyed his leading in this situation.

Disclaimer: This article deals with a robbery attempt in Medellin. I risk writing about this because so many of you already think of danger when you read of Colombia, or Medellin. All I can say to you is – check your own safety and security statistics where you live. You probably will find that where you live is worse than you think.