We had the Abide Ministries Prayer Team scheduled to be with us in Colombia for ten days of ministry in Bogota and Medellin. But, as they were preparing their team to come and as we were putting preparations and plans together here in Colombia, no one was getting a confirmation from the Lord that we should go ahead. It was decided on August 1 that the Abide Team would come sometime in 2013. We weren’t sure as to why God didn’t confirm the September dates, but on August 30th we began to see why. 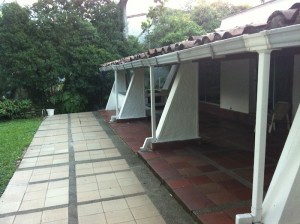 On that day, Gary walked in the door early in the morning as Mary Lou was hanging up the phone. The next words out of her mouth were ones that neither of us wanted to hear (or speak). Mary Lou said, “Well that was the owner (of the house we are renting) and she is asking for us to move out. She wants to sell the house.” This is the seventh house that we have lived in since coming to Colombia in 1990. We prayed about the situation and hoped that the owner would change her mind. We then sent off to you our September Prayer and Praise—in which we included, at #5., the following; “We just got a call from our landlord advising us that she would like to sell the house we are renting from her. That means that we will once again need to find a house to rent. This is quite a surprise for us as we have thoroughly enjoyed the ministry that we have been able to realize in this house and in its location and were not expecting this news. Pray for us as we follow God in the next steps in regards to our living situation.” 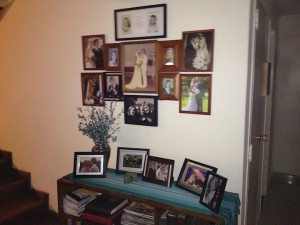 Thank you for your prayers, because this is what has been happening!

After the initial shock, we prayed about what to do and when to do it. Thinking through our schedule for the rest of the year and thinking that we would have until January of 2013 to move out, we still decided to see what might be available. Mary Lou started looking for new places that might be for rent on Sunday afternoon, September 2. She found a few possibilities and found out that in one gated neighborhood there was a house for rent, but the owner was not picking up the phone. So, Mary Lou left her phone number and came on home. The following day Gary took the call from the owner wanting to know if we were interested. We said, “yes,” and would call again soon to arrange a time to see the house. On Tuesday, September 4th, at about noontime, we received a letter from the rental agency telling us that they would be expecting us to turn over the house by October 1st, so could we please abide by the following directions in order to do so! Right away we called the owner of the potential house to come that afternoon to see it.  By 5:15pm we were taking a tour of the house and we liked it. We went home to pray about it and returned the next day, on September 5th to talk details about renting the house. By the end of the afternoon we had decided with the owner to go ahead and start the process to rent the house! We are planning to move in there on September 24th and are doing everything possible to make sure that happens. 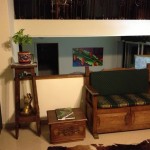 So, September hasn’t been what we had planned it to be, but we are experiencing God’s grace, guidance and sustenance as we move ahead. And who knows, maybe this will be the last time we make a move. Si Dios quiere. 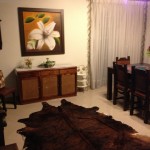