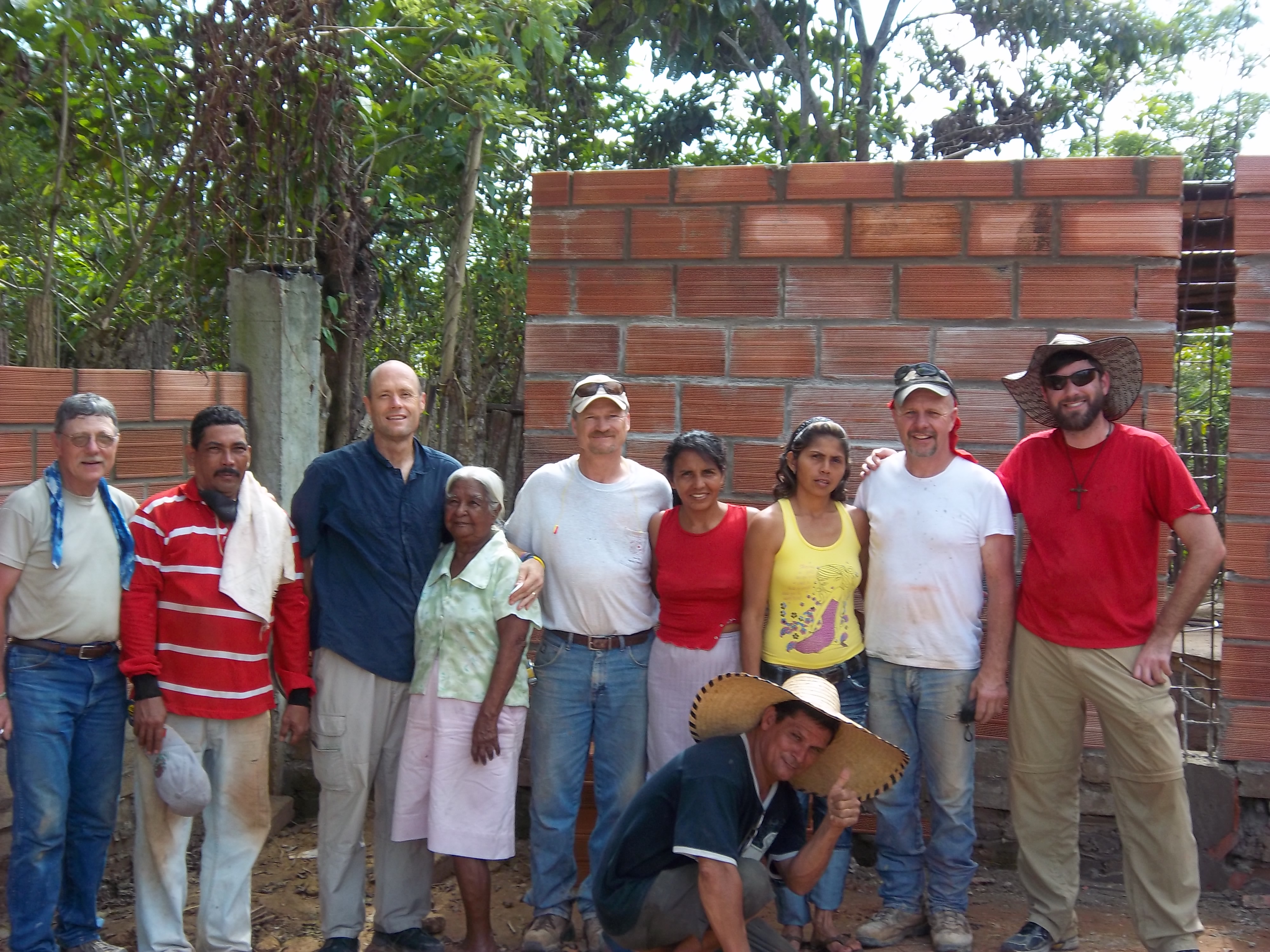 John Fillingame, (pictured at left in the red shirt) was willing to have an adventure.  John had come with the First Covenant of Sacramento, CA, Men’s ministry team twice before and this time he was ready to be stretched and challenged even more during his time in Colombia.  When Gary asked who wanted to sleep in the small hamlet of El Hato, John volunteered.  When Gary talked about going to the new church site in La Ye, where we had not partnered before, John raised his hand.  He was ready and he was willing.  Unfortunately, after the second day in La Ye, John was laid out, sick.  He wasn’t able to do anything accept lay around in a small, hotel room and hope he could get better—a very frustrating way to spend a week in Colombia on a work/mission team.  Pastor Sandra, foreman Francisco, and the rest of the crew from La Ye were quite concerned about John.  Even though he had only been around for a little more than a day, he had made an impact.  Everyone wanted him to get well and come back to build the church.  Everyday, many times each day, they asked about John.  Was he okay?  Had he tried this home remedy or that medicine?  When John walked into the Wednesday evening Church service, the people actually clapped and jumped up to greet him.  John, the kind spirited member of the team was alive!  He was back, and on Thursday he was going to be laying bricks again.  So, John rode on the back of a motorcycle through the countryside, walked more than a mile along the highway of La Ye to get to the church site, recovered from dehydration and heat stroke, discovered the joy of a good fan in the heat of El Hato and La Ye, and laid more than a few bricks for the Help of God Covenant Church.