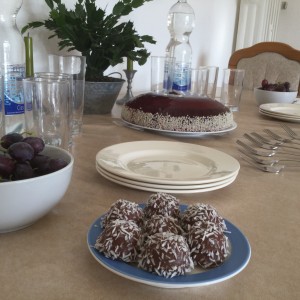 As it turns out, play-dates in Germany are very different from play-dates in the U.S.! When we had been living here long enough for other parents from the schools to get to know us, they started asking to schedule play-dates. We figured — “great!” Figuring the idea of a “play-date” was a universal concept and thinking this would be a prime opportunity to connect with parents while the kids played. Not so!

In Germany, when kids come over to play, parents usually stay for 5 or 10 minutes and then leave to go shopping, have lunch with a friend, or take a nap. Play-date is code for parents’-day-out! Now that we’ve gotten used to this routine, we know what to expect when one of our kids’ friends requests a play date. And, yes, they almost always reciprocate the favor!

Thinking back to the first time we hosted a play-date in Germany…we set the table for the child’s parents to come over and had the coffee and snacks out. The mother and child came in, the kids started playing and then the mother said “Tschuss” (which means “Bye!”). We didn’t know what to do. In the States, when we had new friends over, they would stay and share coffee and we’d enjoy time getting to know one another. But this was different. There was very little conversation — not even small talk– and the mother was on her way.

As Americans, we would never leave our child at someone’s house without fully knowing the person. But in Germany, people tend to think the best of others and trust their kids with a great deal of freedom. Kids are given appropriate levels of independence from a young age. It’s not unusual to see children as young as Gabby riding their scooters to the grocery store to pick up bread. Also, crime is extremely low. We kept reassuring ourselves that the mother’s behavior was normal and okay in the context of culture! Just the way the culture works. Later the mother came back and spent a little longer time speaking with us and getting to know us. We learned an important cultural lesson.

Perhaps we have become integrated in the school culture and parents feel they can trust us. We are often asked to take other people’s kids and we’re offered the same. Maybe people are beginning to sense that we are invested in their lives and we care. This is huge for Germans. Whatever the reason for these frequent play-dates, we see them as ministry opportunities and chances to build relationships. And we sense God working in all of it. Although we have already been in Germany for a year, we still have much to learn. We continue to take the posture of being learners and relying on God to show us the way.