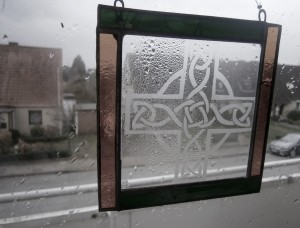 As many have already read, there were some terrorist attacks in France last night. Although Paris is not very close to us in Hamburg, it’s still a shock to think that such a large-scale attack happened in one of our neighboring countries. I read that the French authorities put a curfew on the city and this has not happened since WWII. The death count is still climbing. We keep the people of Paris in our prayers.

Today, as Gabby and I prepared to head downtown for a Daddy-daughter date, I stopped to think…should we delay our plans because of possible threats or attacks in Hamburg? Will the people who organized these crimes move northeast to Germany? What if?

Then the Holy Spirit reminded us of who really is in control. Fear can be such a strong motivating factor. If we continually yield to it, it has the power to destroy things. We as a family could “hide,” not go out in public and live in a constant state of paralyzing fear. This was an option for us today and could be an option every day. Instead, we went into the city and were touched by what we witnessed. Almost every flag downtown was at half-mast. This really spoke to me because the Germans and the French don’t always see eye-to-eye on things. Despite the differences between politics and values, Germany honored France and the people who innocently perished. We saw memorials of flowers, candles and pictures of the victims all over the city.

God uses even this terrible tragedy to bring us closer together as a family of believers. We mourn with our French brothers and sisters and ask that you do the same. Please do not neglect the opportunity to speak to someone about these events. Just like the picture, the cross can be seen, even though the rain makes it difficult to see clearly. We encourage you to let your light shine in this world, and let God’s love light the way, wherever you may be.