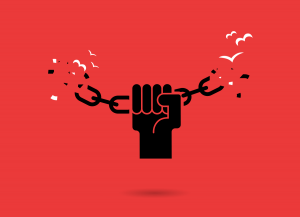 On June 19, 1865 (over two years after the Emancipation Proclamation was signed by President Abraham Lincoln), enslaved Africans in Texas finally received word that they had been emancipated. The celebration of their freedom became what is known to us today as “Juneteenth” (a mash-up of the words June and nineteenth).

Jemar Tisby says, “Freedom has always come with an asterisk in America,” and perhaps this year more than any in recent history, we feel that asterisk. We acknowledge and grieve the paradox in today’s celebration of freedom – a freedom that has been underscored by unfulfilled promise; a freedom that has looked different for some than it has for others.

In the early days of celebrating Juneteenth, the day was spent by bringing families and communities together for a time of prayer and thanksgiving. So today, we call for a collective time of prayer for the brokenness in our nation. We call for a time of thanksgiving for the freedom we have both as citizens of this nation and as citizens of heaven. And we sing these words of the song that has become known as the African American National Anthem:

Until freedom looks the same for all,
The LMDJ Team

Why Juneteenth Should Be a National Holiday