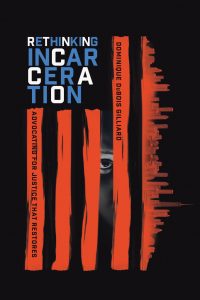 The U.S. incarcerates more people than any other country in world history. We have more jails and prisons than degree-granting institutions. Consequently, in many regions, more people live behind bars than on college campuses.

Ten times more people with severe mental illness are incarcerated than are treated in psychiatric hospitals. One out of every twenty-five people sentenced to the death penalty are falsely convicted. Thirteen states have no minimum age for prosecuting children as adults, such that children as young as eight have been tried and sentenced as adults, left vulnerable to trauma and abuse while incarcerated with adults.

The number of women in prison has increased at a rate 50% higher than men since 1980. Nearly 80% of incarcerated women are mothers. And, in many states, pregnant women are shackled to gurneys during their delivery.

How did this become our reality? Lawyer, and criminologist, Elliott Currie writes, “Short of major wars, mass incarceration has been the most thoroughly implemented government social program of our time.” Mass incarceration has evolved into a lucrative industry, and our criminal justice system is plagued with bias and unjust practices. And, the church has unwittingly contributed to the problem.

Mass incarceration’s origins, sustainment, and astronomic growth are inherently linked to Christian theology. The church has adopted and supported punitive responses to crime which are incongruent with Scripture. The Bible consistently reveals that restoration, not punitiveness, is at the heart of God’s justice. Divine justice is restorative and reconciling, not retributive and isolating. The restorative nature of God’s justice is woven throughout Scripture. Biblically, God works amid brokenness; restoring victims, communities, and offenders. The church’s inability to respond to crime in a biblically rooted way that testifies to the restorative nature of God has emboldened a system of retribution.

Theologically, restorative justice acknowledges that divine justice entails people being reconciled to God, each other, the community, and themselves. Rather than rehabilitating, our system quarantines people who have caused harm, which ultimately harms them through punitive measures and dehumanizing conditions. While biblical justice contains punishment for wrongdoing, these punishments are enfolded within a larger narrative of relationship, redemption, and restoration.

Instead of supporting a system that merely punishes, Christians must pursue a justice system that rebuilds community, affirms human dignity, and seeks God’s shalom. The church has the power to help transform our criminal justice system. If reconciled communities are ever to become the true aim of our justice system, the Church must lead the way in advocating for a system that gives opportunities for authentic rehabilitation, lasting transformation, and healthy reintegration. We are not all called to the same thing, but we are all called to something. Every congregation has a role to play.

For more information on Rethinking Incarceration or to pre-order a copy of Dominique’s book, click here.