Shout out to Mary Lou

We really enjoy the opportunities that we have, together, to travel and connect with you on Home Assignment. For the past ten years we have enjoyed being able to do these Home Assignments as a couple, sharing the speaking and interaction.
But life, at times, throws something at us that asks us to be flexible. Even the best laid plans usually can’t take everything into consideration that may come our way. In this ministry update, Gary, wants to give a big SHOUT OUT!!! to Mary Lou. Not just once, but, TWICE in the month of June, Mary Lou took on a partner Church visit by herself when it wasn’t planned to be that way.
At the beginning of the month, just a few hours after returning from a trip to FL, Gary’s appendix perforated and within 24 hours he had had his appendix removed. By the time he returned home from the procedure and recovery, he had three hours to catch a plane to travel to OR. We wisely decided for Gary not to travel and Mary Lou left for the airport, on her own, ready to go. Gary really wanted to be able to be in OR, as our partners there are very special to us and Gary had been looking forward to connecting with them. It wasn’t to be. He did, however, relish in the opportunity to be cared for and spoiled by our grandchildren, Eliana and Remy, and our daughter, Leslie, and son-in-law, Philippe.
Three weeks later, just a few hours after returning home from the ECC Gather Annual Meeting and two partner Church visits in MN, Gary received a call from one of his sisters letting him know that their father had passed away. This meant that Gary would be missing the partner visit to TX. Mary Lou was blessed to be a part of that visit and connection.
Gary and Mary Lou had spent some good closure time with his dad, Paul, in March. It was during that visit that Gary thought that his father would be passing away during our Home Assignment (he passed away on his 99th birthday!) Neither of these events could be foretold nor planned into our schedule. But, because of friends and partners like you all, who walk with us and pray with us on our missionary journey, we knew that we would be upheld and hugged and sustained as we moved into July.
Gary is thankful that June is over. On to July and CHIC 2018!! 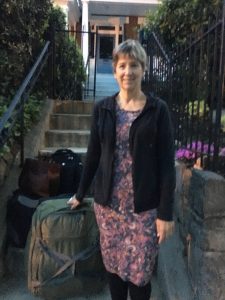 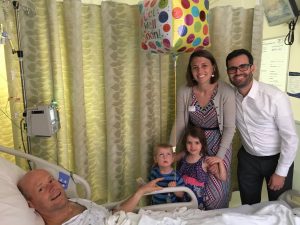 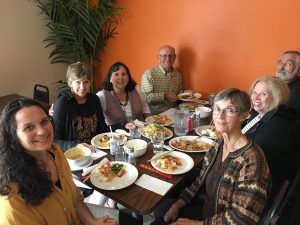 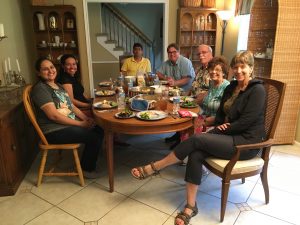