Slain in the Spirit.

Posted by Jenifer DeCastro on February 2, 2012 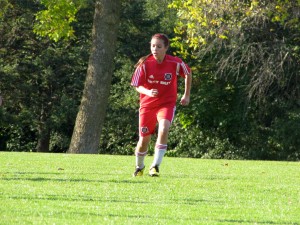 Last night as we were leaving my eldest daughters soccer game, my Mom stumbled and fell.  She fell straight down like a tree in the woods.  Discussing the fall on the way home the comparisons of the fall were numerous…from planking, push-ups to being slain in spirit.  Mom is just fine but it did bring some thoughts to mind that I felt like blogging today.  I had the privilege, joy and chagrin of being raised in multiple churches…some of them charismatic.  I can speak of shofars, waving flags, speaking in tongues and being slain in the spirit with the best of them.  I am actually one of those that can really enjoy a good old fashioned Pentecostal church.  I am also someone who can walk into a Catholic church and soak in the reverence and beauty for hours.  Casting theology aside I simple enjoy the different sides of God’s personality and how He is reflected in worship.  BEING SLAIN IN THE SPIRIT has caused the most skepticism and doubt in my religious upbringing.  When I was around 7 years old I was watching people being prayed for at the alter and many of them were falling.  Were they being pushed?  Were they faking it?  Why would God knock them down?   I asked Mom how you know if it is real or not.  She said for one thing, if someone falls and nobody catches them and they DON’T get hurt then it is real.  After all God would not hurt you.  At 7 years old I took that explanation and 100% agreed.  It made total sense.  So a few services later when a lady was “slain” and she fell with a resounding whack into the pew and promptly jumped to her feet, holding her head and  yelling at the ushers, I promptly yelled…YOU WERE FAKING!  IF IT WAS REAL IT WOULDN’T HURT!  This was one of the many times my Mom rushed me from the sanctuary 🙂

Why am I sharing this story with you?  Well, at 18 years old I was getting ready to head to college to study Missions.  I had negotiated with God and had decided to study English instead.  It goes much deeper than changing majors, I had decided I wasn’t really going to go into ministry.  I had felt “called” at 12 years old but I decided I was going to try some other things.  I went to visit a church that summer in Puyallup, Washington with my cousins.  As the speaker was preaching he all of a sudden stopped and looked at the congregation of a few thousand and said “Who here feels like you are called to full time ministry”.  The entire row of my family looked at me with proud smiles.  Little did they know I wasn’t going to be in ministry anymore.  But giving into the pressure I raised my hand.  The speaker then asked us to stand up.  So I stood.  Then he asked us to come forward.  GEEEZZZ!!! COME ON DUDE!  So….up I went to the front.  I’m sure my attitude with hands in pocket was somewhat obvious amongst the other 50 at the alter.  He was completely across the stage when he stopped what he was saying to someone and walked directly to me, with finger pointing and said “YOU ARE TO CALLED AND CHOSEN”!   The next thing I remember is laying flat on my back (with my hands still in my pockets) and realizing I couldn’t move.  I could tell the church service was over and some of the lights were being turned off and had an impression my Mom was sitting on the pew behind me.  I couldn’t move but wasn’t afraid it was a medical situation.  As I laid on the floor I started seeing visions.  I know, some of you reading this are now concerned I have lost my mind.  Please bear with me….and remember it didn’t hurt so it must be real 😉  These visions were like an old fashioned movie real with 2 second clips of scenes.  Scene after scene after scene….so many I couldn’t keep up with them nor do I remember all of them.  The scenes were images of my future.  I saw myself speaking in a brown, bamboo hut with dirt floors, I saw myself speaking on a stage with purple banners behind me, I saw myself walking between two white walls that towered over me, I saw myself in a hospital room talking with two african-american people while someone I  loved was in the hospital bed, I saw myself in a class room type setting with people I didn’t know surrounding me but laughing.  I was to young to try to write these visions down and don’t know that I would have remembered enough anyway.  I had some things to wrestle with and some decisions to make.  This experience happened to me 20 years ago.  Over the past 20 years I have had NUMEROUS times when I will stop mid-stride or mid-sentence and go WOW!  THAT WAS ONE OF THOSE VISIONS!  This week I have found my self living out TWO of these visions.  One was at the hospital with my cousin Melissa and the other was yesterday at a conference here in Chicago.  Every time I have one of the visions fulfilled I feel many emotions.  Number 1, I feel God’s love.  He knew what my life would look like when He created me and He let me know at 18 that He was in control.   He is not surprised by anything and He is not so disappointed in anything I have ever done to keep me from His calling in my life.   Number 2, I feel AWE!  I am utterly amazed that He showed me something 20 years ago that came to pass TODAY!  Amazing!  Number 3, I feel encouragement.  I am in the right place at the right time.  Why am I sharing this with you today.  I AM EXCITED!  I am in the right place at the right time in my life.  I also wanted to share this with you today so that you may feel God’s love, His awe, and His encouragement.  He created you for a reason, He is not surprised by anything and He loves you!  So may you  be slain by Him today and not be caught so you know it’s real because you didn’t get hurt!

One Response to Slain in the Spirit.