Face to Face with Henri Nouwen and Dietrich Bonhoeffer 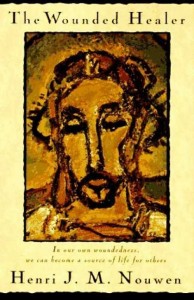 I have stopped by two of the most well known books: The Wounded Healer by Henri Nouwen and The Cost of Discipleship by Dietrich Bonhoeffer.

The first author, Henri Nouwen, has a very poetic approach and challenges you to see ministry as part of your life.  He talks of how we need to include passion, heart and our self completely in order to understand our neighbor’s suffering and condition. On the other hand, the other author, Dietrich Bonhoeffer, asks us to think and reflect on the difference between cheap and costly grace.  He does this, not in a very romantic way, but direct and straight to the point.

Henri Nouwen – a Dutch Catholic priest who gave his life to serve his generation through his writings, preaching and actions of love and service. Dietrich Bonhoeffer – a German Theologian and martyr who gave his life as an example of the cost of discipleship.

The first, The Wounded Healer, is a “smooth voyage” by grabbing your attention and 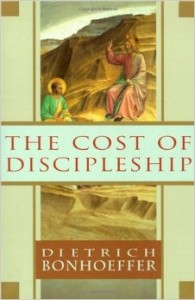 inviting you to go through his thoughts and readings in a non-stop, untiring way. The other one, The Cost of Discipleship, is a “hard voyage” by requiring you to have a lot of patience and making you going through his thoughts and readings thinking how you should persevere and be constant in order to finish every single worthy page which makes his book and writing style coherent with his title.

Therefore, I leave you now with some of their quotes. Hope they are appetizers for you and whet your apetite to taste both of these authors and their outstanding works.

“Who can listen to a story of loneliness and despair without taking the risk of experiencing similar pains in his own heart and even losing his precious peace of mind? In short: “Who can take away suffering without entering it?”  Henri J.M. Nouwen, The Wounded Healer

“The beginning and the end of all Christian leadership is to give your life for others.”  Henri J.M. Nouwen, The Wounded Healer

“Preaching means more than handing over a tradition; it is rather the careful and sensitive articulation of what is happening in the community”  Henri J.M. Nouwen, The Wounded Healer
“Cheap grace is the preaching of forgiveness without requiring repentance, baptism without church discipline, Communion without confession, absolution without personal confession. Cheap grace is grace without discipleship, grace without the cross, grace without Jesus Christ, living and incarnate.” Dietrich Bonhoeffer, The Cost of Discipleship

“Costly grace is the treasure hidden in the field; for the sake of it a man will go and sell all that he has. It is the pearl of great price to buy which the merchant will sell all his goods. It is the kingly rule of Christ, for whose sake a man will pluck out the eye which causes him to stumble; it is the call of Jesus Christ at which the disciple leaves his nets and follows him.” Dietrich Bonhoeffer, The Cost of Discipleship

“It is only because he became like us that we can become like him.” Dietrich Bonhoeffer, The Cost of Discipleship

This entry was posted in Books & Movies, Diary and tagged Reflection. Bookmark the permalink.