Where did God start God’s mission in the Bible? 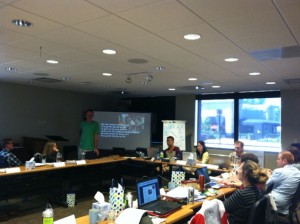 We had the privilege of taking a missiology course given by Paul DeNeui, one of the professors at North Park seminary. As we discussed missiology, the question of where God’s mission started in the Bible came up.

In my small group, we all had different answers…

God’s mission started before the foundation of the world!

The cross was already there before God even said “Let there be light!”

The crucifixion was the historical moment where the cross took place before our eyes and God’s mission was accomplished. As the apostle Paul says “God was reconciling the world to himself in Christ, not counting people’s sins against them. And he has committed to us the message of reconciliation.”(II Corinthians 5:19). This scenario historically took place 2000 years ago.

It is accomplished! “Tetelestai!” Jesus yelled on the cross. Nevertheless, the cry of “Tetelestai” was already present before the foundation of the world because of His unconditional and sovereign love.

God’s mission started before anything else…

As soon as I finished my comments, Paul DeNeui said that we all could speak about God’s mission based on biblical perspective even though we had 3 different versions regarding where God’s mission started.

In Him who is Wonderful Counselor, Mighty God, but also Everlasting Father and Prince of Peace.

This entry was posted in Diary, Let's talk and tagged Diary, Reflection. Bookmark the permalink.