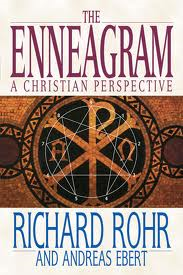 Here’s a story about Jesus coming into the world.  Who do you relate to?

When Jesus came into the world, the news also reached the nine great sins of humanity that the Redeemer had been born.  The rumor threw them into a tizzy.  It awakened longings in them – but fear as well.  A Redeemer! He might exterminate them, might put them out of business.  Should they flee?  But where?  Or should they go off to see the child?

Anger came forward and said: “Well, after all it finally occurred to the good Lord to do something. Look at this worst of all conceivable worlds! Why didn’t he just make it – and, above all, them – better? But I bet this Jesus won’t change anything.”

Pride said: “I don’t need any redeemer.  I’ve always known how to help myself.  Besides, they could have sent me a personal invitation.  I would have had a few good suggestions for him.  He’ll need them!”

Then Falsehood came forward (the self-proclaimed “successful one”): “A redeemer in a primitive stable,” it harrumphed.  “But that’s condemned to failurein advance.  And look at how they set it up.  Not even a press release.  You’d have to market this very differently.”

Envy turned pale when it heard the rumor.  “A redeemer for everybody?”  It turned up his nose.  “If I went over there, I’d only be one of many. But maybe I should bring him an extraordinary present… The others would turn pale.”

Then Avarice could be heard in the background: “Present!” it murmured.  “They’ll expect a present from me.  Nobody ever gives me anything.”  Then it shrouded itself in silence again.

Then Fear began to speak, all a-tremble.  “If the Lord of heaven comes,” it said, “that won’t suit the lords of earth.  People say the Messiah will do justice.  If we went there, we’d put ourselves under suspicion and get mixed up in the whole affair.  I’m staying out of this.”

Then well-nourished Extravagance butted in: “A stable,” it said.  “That sounds musty and dismal and depressing.  I want to live! To celebrate! Otherwise you never get to enjoy anything.”

Here Violence boomed out: “How is a helpless child supposed to change the world? You need power. Money. Tanks. The child needs protection himself.  I’ll go there and take charge.  And I’ll smash anyone’s face in if they try to do anything to the child.”

The last one to speak was Sloth: “The road is hard.  I doubt it’s worth the effort.  Besides the Redeemer will definitely not be interested in me.  Let’s get comfortable and leave everything the way we’re used to.”

So they were in no mood to head over.  But strangely enough, despite their own resistance the nine sins did get up and set out.  Or rather something drew them magnetically to the cild.  When they got to the stable, the door was barely ajar.  From inside a warm light poured forth into the outdoors.  Only Avarice stayed outside and watched everything through the window.

In the stable it was very quiet, Joseph stood half in the shadows.  Mary seemed hardly to have taken notice of the guests.  But the child lay there and smiled and spread his arms out, as if to greet the new arrivals.  And then he looked at them – all of them – but in a way, each of them thought, that his glance was directed only at them.  And they returned his glance.  They had no choice.  And it suddenly seemed as if the child was talking to each one of them – without opening his mouth, and yet more clearly than words ever could.

The child first looked at Anger.  And he seemed to be saying: “You’re furious about God and the world, about how sloppy people are, about the arrogance of rulers and the stupidity of the ruled.  And above all about your own defects.  Give me your resentment.  Break your rage into pieces and put them into the coal bucket, so their glow can warm the stable.  I’ll give you my patience.  It saves the world, slowly – but surely.  Have patience with yourself.  And forgive your fellows their imperfect condition.  Forgiveness is the only thing that changes them.  Have trust.  The good grows for a long time; but, even if slowly, it grows.”  So Anger sank to its knees and sensed an infinite serenity – as never before.

Then the child looked at Pride.  And it felt as if the child were saying: “You’ve made yourself irreplaceable; you’ve constantly rushed in to help, even where you weren’t called; you’ve chained others to yourself.  And your feelings are hurt when people don’t thank you.  Give me your crown.  Look: I’m simply there.  For you. Take it as a gift. That’s real humility.” Then Pride bent its knee.  And its heart suddenly swelled to infinity, and it felt free, really free.

Then the look of the child struck Falsehood.  It felt as if it was hearing: “You’re afraid to miss your mark, to fail.  With your little tricks you want to make sure you won’t be left standing there like a loser.  But to me you’re completely transparent.  I also see the part in you that doesn’t shine out.  Give me your fear of failure. “ Then Falsehood bent down before the child.  And it suddenly became bright and hopeful in its heart, and it knew that everything would be well.

Next the child looked Envy in the eye.  And it felt as if the child were saying: “You have to be constantly comparing yourself, because you doubt yourself.  You pit yourself, because nobody else seems to be doing it.  You’re the plaything of your feelings.  Give me them: your emotional zeniths and nadirs, your longing for home and for faraway places.  And accept my uncomplicated beauty.  Be simply there.” And it became quite still in Envy’s heart.  All the storms were quieted. And quite simply and unpretentiously it too kneeled before the child.

At this moment it seemed to Avarice, as it stood outside the door, as if the child were calling to it as well.  It shyly entered the stable.  And when the child looked at it, it seemed as if he were saying: “Your heart was never really warmed.  You always had to take care of yourself.  You’ve hoarded possessions and knowledge in order to survive.  Let yourself be warmed.  Let yourself be touched.” And the child stretched out its hand to Avarice, and Avarice kissed it.  And then it took a precious ring from its finger and laid it at Mary’s feet. Then it felt quite warm about the heart – and felt at home for the first time.

Now Fear in great hesitation came forward.  The child also looked at it, but it didn’t dare to raise its eyes.  And yet it seemed as if the child was saying: “You mistrust God and the world and yourself.  You fear the authorities.  You conform so you won’t attract attention.  You long for security.  Look at me. You can trust me.  And yourself.  Don’t be afraid of risk.  I am with you.” And then Fear felt a strong, good power in its breast, as never before.  Yet it did not kneel down, but suddenly stood upright and looked the child firmly in the eye – and silently swore eternal fidelity to him.

And Wastefulness too now noticed the child’s glance and heard his voice: “Do you see how little I get along with?  Do you sense the holy seriousness of this place? Give me your fear of the dark of suffering and death.  Give me your compulsion to deaden yourself by consuming things. Dare to mourn your hidden childhood pains. And I’ll give you real joy, which doesn’t have to shy away from the dark.”  Then a ray burst forth from the depths of Wastefulness and lit up its face.  And at the same time tears of mourning flowed down its cheeks.  And both were good.

Up till now Violence had remained surprisingly calm.  But now it pressed forward: “I can’t wait any longer.  I see your powerfulness, which is absolutely incomprehensible to me.  And yet you seem to have more power than I do.  I give up.  I bring you my incursions, my self-glorification.  How many people I have run over and demolished and misused.  I’m astonished at your purity.  And I want to ask you about something that I’ve never said to anyone before: Forgive me my guilt. Make me pure. I want to serve you.” The figure knelt before the child.  Then it seemed as if it was totally penetrated by the innocence of the child.  And the child didn’t have to say anything more.

And finally the child’s glance struck the last of all the sins, Sloth.  And it seemed as if the child were saying: “Look how uncomfortable it is here.  And yet I’m full of energy.  I’ve decided to live, to dedicate myself.  And I need you.  You are to bring my peace to men and women, even if you pick up a few scratches in the process.  You count, and I count on you.  Give me your resignation and indifference.  You think you are the last.  You are to be the first.”

Then Sloth signaled the others and together they got up and took one another by the hand.  They looked all around the child and couldn’t see it enough.  And they looked at one another and embraced, wishing each other peace.  And all nine sins were redeemed by the glance and the adoration of the God made flesh.