Memories of Morocco, Belgium and Hungary 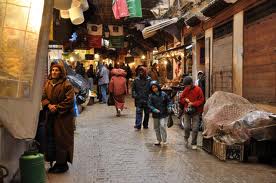 Morocco is one of the most exciting places I have visited.
It’s exotic. It’s different. It’s unique.
It’s definitely a place where you can see how different our world is, especially for anyone coming from the Western point of view.

When I got to Casa Blanca I remember that I wanted to “dive” into Moroccan culture.
So, I did. The most common transportation is taxis. They are everywhere.
I remember as soon as I left the airport I caught a taxi with 3-4 other people. They were complete strangers. None of us knew each other and we were to be dropped off in different locations. This is just how it works in Morocco.

I stayed in Meknes a few days and went to Volubilis (Arabic: وليلي), a partly excavated Roman city in 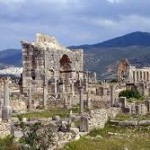 Morocco, between Fes and Rabat.

My immersion continued on as I visited the public market in Fes, talked to people everywhere and had the great traditional mint tea. Another very interesting experience was when I went to one of the Hamams in Fez. A Hamam is a very traditional Turkish Bath that is common in Morocco.

Talking about water I remember when Johnna drove me to the city of Spa in Belgium. It was great to know and understand how the spa was born in Spa and enjoy a spa!

Although Spa is the beginning of all the spas, it is in Budapest where it is officially considered ” The City of Spas”. By the way, Budapest is well known due to its medicinal water.

There are a lot of spas in Budapest. They are very modern.
But one of the oldest thermal baths is called Rudas which was built during the 16th century. I was told to go there and then I understood why Budapest has been known for its Spas and thermal baths.

Budapest is beautiful in the evening.

It is very interesting because the synagogue has some signs of Christian influence. This happens because at that time the Jewish people did not want to be put at the corner of the cultural context of the city and so they decided to build the synagogue using some byzantine signs to be “part” of the culture. That is why we even have an organ above the altar which is very typical in Catholic churches.

There is a cemetery in the same building of the synagogue.
Most of the people there are anonymous and they lived in the Hungarian ghetto during the 2nd World War. Unfortunately, a huge number of Hungarian Jewish were taken to Auschwitz and were extermined there.

In the synagogue’s patio there is a silver tree with cut branches that represents the suffering of all Hungarian Jewish who were killed during the Nazi period. It is possible to read their names in some of the leaves.

There is another memorial that represents a snake in fire being burned. It means that evil was killed and the Nazi period was over. The last memorial is exactly that one that I want to talk about. You read names of some people who were not Jewish and they saved hundreds and thousands of Jewish in Hungary. They were from Spain, Italy, Hungary, Portugal, etc. and they were living in Budapest during that dark moment.  One of the names there is Angelo Rotta.

Angelo Rotta was from Italy and he worked for the Vatican. He had diplomatic activities during the 2nd World War in Budapest. He had an unbelievable courage to give fake baptismal certificates to many Hungarian Jewish people and this act saved them.

I left Budapest. I left that place and thought, “What can I learn from this experience?”

Well, his action definitely reminds me of when Rahab assisted Hebrew spies by hiding them and telling the soldiers that she did not know where they were.

Life is more important than any other value because life is the supreme value even if I must “lie” in order to save lives.