The Journey of Christianity 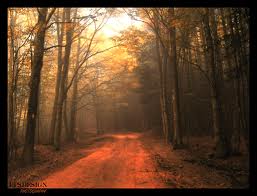 Jesus is not the founder of Christianity.

Christianity has a founder, but the founder is not Jesus.
Jesus didn’t come to create any religion. Jesus has not founded Christianity.

Constantine was getting ready for the final battle to take over Rome when he said “The world will know a name: Constantine!” After taking over Rome, he shouted and declared that Rome would have one “God, one empire, one emperor”. He considered himself the 13th apostle of the “Church”.

(From here on, I will be using three versions of the word, “church”.

1) “Church” = the institution started by Constantine

3) Church = the reach Church, the Body of Christ)

In the first three centuries, the disciples of Jesus and the Church were persecuted. During the Constantine empire, Christianity became the official religion and the “Church” started to have benefits from Rome especially after the first council of Nicaea in 325 AD. After that many other peoples and cultures embraced “the faith” with the purpose of receiving benefits from Rome. They “came” into the “Church” bringing their practices, beliefs and old customs. As a result of that, paganism and syncretism subtly seeped into Christianity. There is an outstanding documentary by BBC called Ancient Rome: the Rise and Fall of an Empire. I definitely recommend watching it!

After the decline and fall of the Roman empire, battles that were supposedly “on behalf of God” did not end. During the 11th, 12th and 13th centuries, “Christians” and Muslims fought for Jerusalem. These wars are called The Holy Crusades.

The Middle Ages (or Dark Ages) were a very powerful interval in history. Inquisitions, ignorance, manipulation, power, politics, hypocrisy and indulgences took place on this very dark stage and season in Europe. Money, power, personal interests, politics, religion and selfishness on behalf of God were part of the scenery. “The Church” retained the power. “The church” was the center and also it was the place where “saints” got together. “The Church” retained the “knowledge”. “The Church” became “God”. To go further with the topic of the Middle Ages, I recommend the movie based on the novel of the Italian author Umberto Eco, The name of the Rose.

On October 31st, in the year 1517 in Wittenberg, Germany, Martin Luther posted his Ninety-Five Theses. This began the Reformation in Europe. John Knox from Scotland, Martin Luther from Germany, Huldrych Zwingli from Switzerland and John Calvin from France were the important protagonists of the Reformation movement. Geneva became the capital of Protestantism in the same way as the Vatican in Rome was already the capital of Catholicism.

Christ, the Scripture, Grace and Faith were the fundamental pillars of the movement. The movement brought an end to Catholic indulgences, Luther translated the Bible from Latin into German which made everyone in Germany have access to the Scriptures, they took the idols from “churches” and they made a breach with the papacy. However, they kept Greek techniques and a theological system or way to study God.

Unfortunately, the case between Calvin and Servetus, the thirty year war, Catholics and Protestants in Ireland, and many other conflicts after the Reformation have been episodes and examples of how something has still been missing in our attempt to go back to the first three centuries of the journey of the Church.

Ultimately however, what we observe and conclude honestly is that Protestantism is another “ism”. During the years and centuries it has been breaking itself in different pieces, ways of thought, and many other “isms”.

We study Biology. We study Psychology.  But we cannot “systematize” God and make a study of Him.

We do not understand even how the stars are born. Science makes a lot of progress but we are always only working with theories. During Aristotle’s period, the Earth was considered the center of the universe.  With Copernicus and Galileo, the sun became the center of the universe even though the “Church” did not accept their findings. The most recent findings point to a world with several galaxies and multiple universes. I am sure there will be more theories and findings very soon. Theories become obsolete. We study our universe. We study behaviors even though we cannot even understand ourselves fully. We study things. We study nature, but we cannot study God!

We see a huge contrast when we look at the person of Jesus.

Jesus has come to propose a new way of living life.
He is the Way. He is the Life. He is asking us to follow Him.
Jesus has come to bring his Kingdom but his weapons are weapons of love and peace, compassion and mercy.

Love each other. Love those who are different from you.
Spread out love. Love your neighbor. Love your enemy!

The disciples of Jesus will be known for their capacity of forgiving others.  “Father, forgive them for they know not what they do”. “Forgive us our debts, as we also have forgiven our debtors”.

You may try to know God through knowledge and theories, studies and systematizations, but in the final analysis, the Danish philosopher, Soren Kierkegaard, was right.  He affirmed that there is a moment where our philosophy ends and it is necessary to take a leap of faith and have a personal experience with God in our own existential journey.

This entry was posted in Let's talk and tagged Devotional, Reflection. Bookmark the permalink.