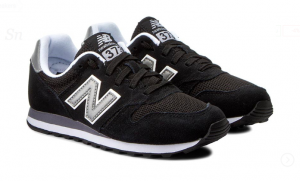 When visiting or moving to a new place, first impressions seem to fade after awhile, so here are a few before I forget or before I take them for granted (these are not judgments, just observations!):

2) Lots and lots of people smoking in the street and all around. People who look very, very young lighting up at the park, in the street, etc.

3) Food of incredible quality. You can not imagine. It just tastes different.

4) Quiet! Maybe it’s because we’re in a smaller city (50,000), but there is hardly any “bruit” here! Been here two weeks and I first heard some kids speak in what I’d consider a loud voice today. There is a sign on the glass recycling bin, “No throwing out glass between 9pm and 7am to avoid noise pollution.”

5) Intentionality with everything from recycling to word choice. Fabio bought a paper bag at the grocery store and it had a list of its ingredients telling where they came from (what type of forest) and how they were naturally brown (not bleached). We’re talking the bag, people!

6) Further on word choice… my professor says, “We say migrant, not immigrant or refugee. We do not talk about class (as in high class or low class). We say “developed countries”, “countries being developed”, “emerging countries”, “newly industrialized countries”, etc. Not under-developed. Language is extremely important and the culture works hard at not discriminating in any way.

7) Besides one taxi driver who was rather disgruntled and rude because he thought we’d never fit in his car (but to all of our surprise, we did! and he did change after we told him more about who we are and why we’re here), the kindness and openness from the people we’ve interacted with (at restaurants, cafes, government buildings, schools) has been above and beyond what we ever imagined.

8) After Japan and Chicago, I’m (Johnna) just still shocked to be in a country where people look like they could be my cousin or aunt or uncle or friends from my hometown. People at school and church dress very informal (principal wore long-sleeved grey shirt and casual long denim shorts for the parent/teacher meeting). It didn’t feel like this in Belgium. Things may have changed in Europe or it may be because we’re in a smaller, perhaps more traditional city.

9) I remember this from past times in Europe, but it’s striking again to notice how tennis shoes are just completely different here. I wear Mizunos, but see nothing like them here. Everyone wears New Balance or something like it… the darker, plainer kind of tennis shoe that isn’t necessarily for running. Do you know what I mean? I’m sure I stick out like a sore thumb.

As with anything new, the learning curve is steep and we are soaking in all that is around us.